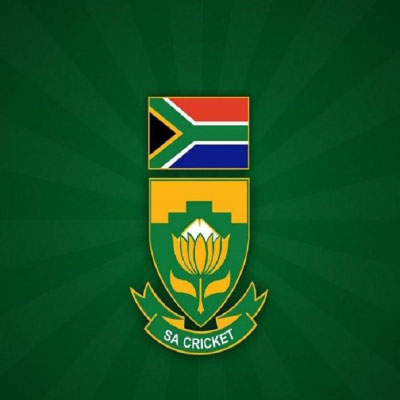 The South African national cricket team, nicknamed the Proteas, is a full member of the International Cricket Council with Test, One Day International and Twenty20 International status. It was perhaps the best team in 1992. However, the team has never won the World Cup trophy. The team had a heart-stopping semi-final loss against New Zealand in 2015 Cricket World Cup. Recently, the team won the 5-match ODI Series against Sri Lanka 5-0, clinching a series whitewash with the final match been played at Newlands in Cape Town.

The South Africa cricket team has never really clicked when it matters most at the World Cups of the past, and AB De Villiers’ retirement last year will have a huge impact on the Proteas’ chances of success in England and Wales. South Africa plays England and India in two of its first three games of the tournament, and if things don’t go as per plan, it could be facing the prospect of a premature exit at the end of the group stage. This could be a tough tournament for South Africa but we definitely see them in the Semi-finals.

The Squad that was picked to represent South Africa in the world cup are:

Brilliant batting order, the fittest, the most talented, and one of the best-balanced lineups in the world. Andile Phehlukwayo is the best bet for the all-rounder position whereas In five games he took eight wickets. Not to forget, his unbeaten 69 was crucial in getting the Proteas over the line in Game 2 chasing a seemingly low but challenging total. He was also excellent with the ball in the 1st T20. Further, there is a room for JP Duminy and David Miller – considering their excellent batting skills. The team’s breakout star could be Lungi Ngidi, a 22-year-old fast bowler with the physique of a heavyweight boxer. He has missed most of the current season with a knee injury but is back now with all the required energy. Considering the team’s brilliant batting order, fitness, and balanced line-ups, we dare to say that the team is in great form this season.

The South Africa ODI team requires being careful about not giving away winning positions. They were hugely complacent in Game 2 against Pakistan, allowing Number 10 Hasan Ali to smash 59 off 45 balls to get Pakistan past 200. Further, they threatened to make a real mess of the chase with all of Hendricks, Amla, du Plessis and Klassen dismissed for single figures. However, Van der Dussen and Phehlukwayo saved the day but it should never have come to that. In Game 4 against Pakistan, players from numbers 6 to 11 got 22 runs between them as they posted just 164; it should have been at least 220.

Another important thing to consider is that a team is unlikely to win a tournament like the World Cup without a champion spinner – someone taking crucial wickets in the middle overs to break a partnership or to put some pressure on the batsmen by stopping the runs. That is, of course, meant to be Imran Tahir but then his age (40 years) might pull him back in the 2019 Cricket World Cup. In the Pakistan series, he took just two wickets from three matches and 30 overs, which isn’t a great return. On the other hand, Tabraiz Shamsi was a bit better in terms of wickets with four from two games but far more expensive, going at almost seven an over, but again, there’s a bit of danger involved. The team has to come with unique strategies and eradicate the old ones if they actually want to have any chance in England.

Is the South Africa cricket team worth betting on? Well, the team indeed has some of the all-rounder players, vital strength, and high-hopes to win the 2019 World Cup.

At Betopin, we offer you a diverse range of information about cricket betting, best odds, betting tips and the best betting sites for the 2019 World Cup. Stay connected!