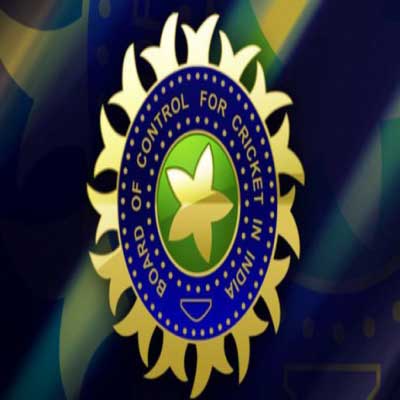 The twelfth edition of the ICC Cricket World Cup is scheduled to be played from 30th May to 14th July 2019 and it is the fifth time that the tournament will be held in England and Wales. There will only be ten participants this time with West Indies and Afghanistan joining the top eight ranked ODI teams via the World Cup Qualifier that was held in March 2018. In addition to this, the 2019 World Cup will be the first one to not feature any Associate members. The format for the World Cup will be round-robin and knockouts, similar to the 1992 world cup.

The qualification criteria for the 2019 Cricket World Cup allowed the top 7 ODI teams along with England as hosts, to progress automatically to the finals in the UK. Talking about India, it is one of the most favoured and strongest teams in international cricket. They won the World Cup twice, and they fared well in England in 1983. The team again lifted the trophy in 2011. Despite the fact that they have faced difficult times in the test arena, they will be a definite threat in their preferred limited overs format.

The Indian cricket team has been in great form and is ranked number 2 in the world. Let’s not forget that India was the semi-finalist last year with key players being Rohit Sharma, Shikhar Dhawan, Jasprit Bumrah, and Virat Kohli. The Indian cricket team has always been a great force in the ODI cricket. India lost the final of the Champions Trophy to Pakistan and that loss brought about some significant changes which we reckon has made into a much stronger force. The batting was always a strength for the team but its bowling often lacked genuine wicket-taking options in the middle overs. In the present time, the condition is entirely different as the country has a solid team with the right coach.

Also, it has some of the best bowlers that include Jasprit Bumrah, Bhuvaneshwar Kumar, Hardik Pandya, Kuldeep Yadav, and Yuzvendra Chahal. India also has the option of including Ravindra Jadeja or Krunal Pandya as a spinning all-rounder of it so needs. The batting is led by Virat Kohli, Rohit Sharma, and Shikhar Dhawan, all three of whom are among the best ODI batsmen in the world. In fact, Kohli and Sharma are easily the two best batsmen in the world. The competition for the rest of the batting spots has yielded Ambati Rayadu, MS Dhoni, and Kedar Jadhav as the players to make the starting eleven barring injury. So if there’s any team that can claim to be close to England, that’s India.

The Squad that was picked to represent India in the ICC Cricket World Cup are:

India has what is arguably the most perfect first choice batting line up at the 2019 World Cup. Without doubts, Virat Kohli surpasses Rohit Sharma as the best Indian player. However, one cannot underestimate Rohit Sharma, who has scored an incredible three double hundreds in this format and currently holds the world record individual ODI score at 264. With Shikhar Dhawan returning to form against Australia and Kohli as dependable as always, this is a fearsome top three. MS Dhoni can then arrive as the ‘finisher’ at five or six. The team has a formidable batting strength, which makes them the best in international cricket. For bettors across the globe, it’s the quality and depth of India’s squad that makes them most favoured and tempting.

What is the big question?

India’s batting lineup is settled for the big event. However, there is one remaining question mark as to who bats at number four. During their ODI series with Australia at the start of 2019, skipper Virat Kohli said that he wanted that position solidified. Without doubts, this question can’t be ignored as this is a key position in any batting order. Number four can play a number of roles depending on what has happened ahead of him. He can either kick on or play at a fast pace if the top three have laid a strong platform. In a case where India loses early wickets, number four will have to consolidate.

It must be noted that a number of players have been tried in this position. But Kohli claims that his side are still looking for a permanent solution. How India goes with this remains to be seen. It’s a question that needs to be answered before the India 2019 Cricket World Cup schedule gets underway.