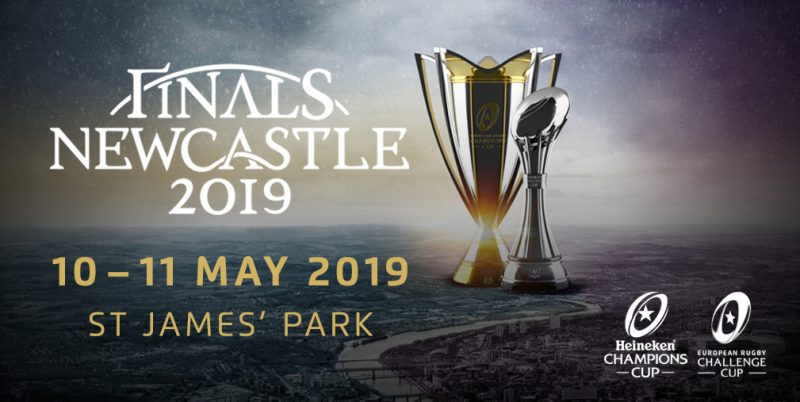 Two heavyweights in club rugby face off in this years Champions Cup final on the 11th May at St James’s Park, Newcastle.  Last years winners Leinster will have their work cut out if they are to retain their title against the mighty Saracens, in what looks set to be the game of the season.

Saracens come into this in good form with 3 wins out of their last 4, including a 31-14 demolition of Wasps in the Premier League. They were far too good for Munster in the semi-final, handing them a 32-16 beating at the Ricoh Arena, and a reproduction of that display would put it up to any team in European club rugby.

With such strength in depth to their squad, and the Premier League already lost to Exeter, they should be able to rest some of their top players to ensure that they are primed for the final. Saracens will rely on the experience of England internationals such as Owen Farrell, Jamie George, Maro Itoje and Billy Vunipola to lead them to victory against a Leinster side full of International caps. The fact that this is their third appearance in a European final in four years gives an indication to the talent and expectation within this Saracens team.

Leinster are the current Champions Cup champions and are aiming to replicate their 2011 and 2012 back to back victories in this competition. They are the defending champions of the Pro 14 and have a home semi-final to look forward to in that competition also. Winning their group in the Pro 14 was important as they now have a week off when the quarter finals are being played.

Their recent form is somewhat questionable, with just 2 wins from their last 6 games, however, they are a team that always seems to be able to find an extra gear on the big stage and they have only lost once in Europe this season.

With a squad that includes Johnny Sexton, Tadgh Furlong, Rob Kearny, Devin Toner, James Ryan and Gary Ringrose, to name a few, they have the experience needed to provide a real threat to Saracens. Leinster’s strength could be their squad depth, nearly every position is covered by a top class player and competition for the replacements bench will be as high as that for the starting 15.

From a betting point of view this is tough, Paddy Power cannot split the teams in the 80- minute market and go 10/11 about them both. We agree and can see this being a very close affair with no more than a score or two between the teams. It could take a moment of magic from one of the backs to break the try line, and it will also be vitally important that two of the best place kickers in the world in Owen Farrell and Johnny Sexton are on their game to take all the points available from any penalties or conversions.

With Leinster’s squad depth and their ability to perform to the highest level on the biggest occasions leaves us siding with them, but only narrowly. A lot will come down to the boot of Johnny Sexton, and the defensive line as Saracens will surly have their fair share of possession.

Our selection would be Leinster to win by 1-10 points at 2/1 with Boylesports.