What’s the deal with Flutter Entertainment and Deutsche Bank 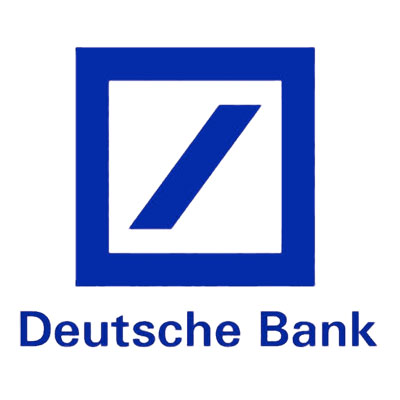 Just last month, Deutsche Bank reaffirmed its hold on shares of Flutter Entertainment. What used to be known as Paddy Power Betfair, Flutter Entertainment has seen a sudden surge in share prices. At one point, there was speculation that the company was the target of an anonymous buyer who may be planning to take it private.

Towards the end of August, shares in the business soared as much as 20 percent on London’s Stock Exchange. It was their sharpest one-day gain since 2015 when it was announced that the at-the-time-separate entities, Betfair and Paddy Power were to become one. However, stock fell slightly when the company said it had no idea what the cause of the surge was.

Where Do the Rumours Come From?

The rumours seemed to have surfaced initially on the Financial Times’ Alphaville website. But at that point, Flutter Entertainment’s shares had already started climbing. According to the publication, there were several ideas underpinning the share price fluctuation, with the most interesting being speculation about a privatisation or buy out.

FT Alphaville went on to say that they had no name connected to the rumours, but private equity would be an obvious candidate.

Is the Market Getting Ready for Consolidation?

It is entirely possible, too, that a particular US casino group could be interested in acquiring Flutter Entertainment, although this doesn’t really work with the rumour that the company could go private.

In July it emerged that Caesars had been in talks with William Hill over a possible merger worth $7.6 million in its efforts to corner the emerging US sportsbook markets. The deal, however, hasn’t come to anything as yet. Meanwhile, Caesars has enough on the go to keep it busy.

The move in Flutter Entertainment’s share prices, however, came just one day after Deutsche Bank analysts commented that the UK online gaming sector was poised for consolidation.

We certainly see the scope to create value for yet another wave of consolidation, what with rising marketing costs and regulation.

Interestingly, Flutter Entertainment wasn’t amongst those companies tipped by Deutsche Bank for a massive merger. In fact, having already succeeded in achieving significant scale through the Betfair and Paddy Power merger, the company seems to be focused on growing its footprint in the US, while also acquiring businesses with leading positions in other regulated gambling markets. This is evident by its recent takeover of Adjarabet in the Republic of Georgia.

Who Exactly Is Flutter Entertainment?

Paddy Power Betfair finally completed its rebrand earlier in May as Flutter Entertainment, after shareholders back the name change in a majority vote. The name change came into immediate effect, with the operator’s shares instantly trading as Flutter Entertainment plc. The ticker symbol on both the Euronext Dublin and London Stock Exchange is FLTR.

Upon announcing its financial results for 2018, Paddy Power Betfair laid out plans to rebrand the business. At that time, the brand revealed a year-on-year growth of 7% revenue from €2.15 billion up to €2.41 billion.

The company’s shareholders voted in favour of the change of name at the company’s Annual General Meeting. An overwhelming 99.76% of the total votes cast backed the name change. According to CEO Peter Jackson, it’s the perfect opportunity to better reflect the organisation’s global nature along with their diverse set of challenger brands that operate all over the globe.

Jackson said at the time that one of the best things is the great support from the people who founded some of the businesses that are now part of the new organisation. While the business underwent a name change, most things were going to stay the same. Jackson praised the group of challenger brands that operate all over the world and enable over six million punters to bring the entertainment to life. He said that everyone at Flutter Entertainment strives to look after customers in the most responsible way and ensure that enjoy their time with Flutter Entertainment.