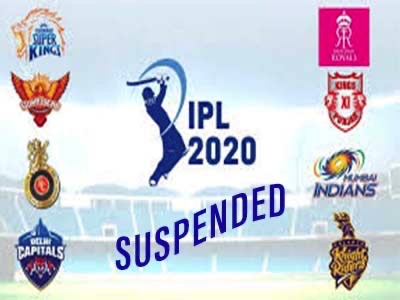 The third month of 2020 is about to come to an end. And, this is the time for the biggest festival in India! No, we don’t mean Holi! We’re talking about the INDIAN PREMIER LEAGUE! Every Indian was waiting eagerly for the 13th edition of IPL, which was slated to start on 29th March. Unfortunately, the starting date of IPL 2020 hit by Corona Virus (COVID – 19) has been postponed.

This two-month long cricket fest, which was supposed to last till 24th May, has met with an uncertain fate, due to the coronavirus pandemic. The number of people testing positive for coronavirus in India has been galloping daily since the start of March. The strict advice is to practise social distancing, to avoid spreading the virus. Additionally, travellers from other nations are potential carriers of the virus.

Under such conditions, it’s natural that the BCCI won’t hold the IPL before 15th April. The option to arrange the matches indoors has been considered. But, even in that case, cricketers from other countries will have to be kept out of the squads, and obviously, the sponsors are not going to be happy about that. Plus, there’s the obvious reason – to avoid encouraging cricket fans from gathering for the matches.

Amidst the coronavirus care in the country, the decision of the Board of Control for Cricket in India, i.e. the BCCI, to suspend IPL 2020 till April has been welcomed by people of the country in general. We cannot deny that it has broken a few hearts. After all, the youth waits for the IPL with bated breath for an entire year, every year. However, this is a much-needed precaution.

The 13th IPL, which was supposed to be held between 29th March and 24th May this year, is on hold. And, the decision was announced one day before the members of the Governing Council, i.e. GC of IPL had a meeting in Mumbai. On Saturday, they are likely to meet the owners of the IPL teams for detailed discussions in this regard, in the presence of other stakeholders, and of course, the BCCI officers.

Sports federations received an order on Thursday, the sports ministry requested them to put the matches on hold. In fact, the first steps of putting a stop to the most popular sporting event of the country were taken several weeks ago by different states. While IPL ticket sale was stopped in Maharashtra, Delhi decided against letting the matches being held here.

It’s no breaking news that one of the major points of attraction in the IPL is the list of international players who join the squad. We’re sure you’ve followed the IPL auctions of most seasons quite closely – simply to keep track of them. So, you can imagine how the absence of international players will affect the tournament. Experts say that there might be a loss of ₹10,000 crores!

Is the number throwing you off? Now, this is not some random amount. Think of the entire event – from marketing and advertising to buying players. Don’t forget the accommodation and travel expenses, venue charges, etc. And, if the major attraction of the event, i.e., the international players, are absent, then revenue of the BCCI, who organise the IPL, will obviously take a big hit.

The obvious question now is about the revised date of the IPL 2020. For now, the date of IPL 2020 hit by Coronavirus (COVID-19) has been pushed off to 15th April. But, you must understand that this is subject to the situation in the country – and, of course, the world. There’s no certainty regarding when it will be safe again to host international players, or if the spreading of the virus will be under control by then.

If all goes well, then you can expect the tournament to take place between 16th April and 5th June. Eight franchises have received the announcement from the IPL, in which the BCCI, led by president Sourav Ganguly, declared the suspension of the tournament. Clearly, they have taken into account the advice of the state and central governments in the wake of the global health crisis.

The BCCI obviously understands the condition of the stakeholders; however, it is the public health that needs to be prioritised. So, it is closely working with various departments of the state and central governments to take the steps that are indispensable. The IPL authorities are also in talks with some of the franchises so that once the tournament resumes, we all can enjoy but with safety.

Now don’t be disheartened! While decisions are being made regarding the new dates of the IPL 2020, let’s keep the buzz alive. Here’s a look at the top three matches you need to look forward to!

Why Get Excited: Originally slated for Sunday, 29th March at 8 pm in Mumbai, this is the match where you’ll get to see previous champions – four-time winner Mumbai Indians, against three-time champion Chennai Super Kings!

This match was scheduled on Monday, 6th April at 8 pm, in the city of cricket’s Royal Bengal Tiger Sourav Ganguly, i.e., in Kolkata. Chennai Super Kings fighting for their fourth title against Kolkata Knight Riders competing for their second one is a must-watch!

In this match, previously dated on Tuesday, 28th April at 8 pm, Kolkata Knight Riders will be battling it out with the defending champions, Mumbai Indians, in their home ground! Now that’s not a match you can miss, even on a week-night!

It’s interesting that this is the third time in 13 years when some external even has left an impact on this T20 tournament. Quite obviously, the experts and decision-makers in the industry have to take a number of things into consideration, the major point being the international players. Across the country, different states have already started implementing lockdowns. Even international and domestic flights are also to be stopped indefinitely. To put it simply, there is a climate of fear across the country. And, the governments are taking all kinds of precautionary measures.

Simple Guidance For You In Cricket Betting 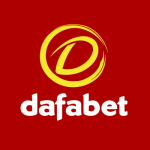 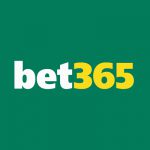