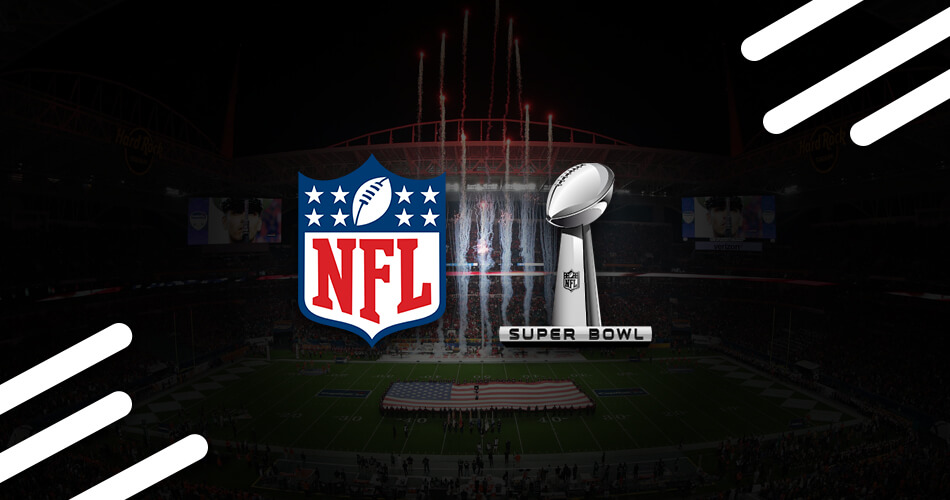 As I am writing the 2020 NFL season is a little over a few days away and it still up in the air due to the Coronavirus COVID -19 situation that has taken over the world over the last 7 months. The NBA managed to organise finishing their season in ‘The Bubble’ in Disneyland but it isn’t an option for the NFL. However, the powers that be maintain the season will go ahead so it’s time to get ready for some NFL betting with the various sportsbooks and betting exchanges that offer NFL betting. 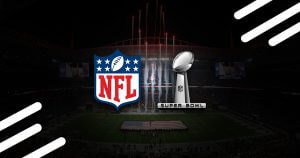 The betting currently has the top two AFC teams from last year at the head, the Chiefs (11/2) and the Ravens (6/1). Although they didn’t meet in the playoffs last year, they are universally considered the two best teams in the AFC Division with the Chiefs the current Superbowl champions. The NFC champions from last year the San Francisco 49ers are also at the top of the betting at 8/1 with the usual suspects such as the Dallas Cowboys (13/1), the New Orleans Saints (10/1) also near the top followed by the team that has done the most during the offseason in the Tampa Bay Buccaneers (13/1).

The NFL Draft this year was a strange occasion again due to the COVID 19 situation that had taken over the world. Instead of a celebration for the college players entering the draft and a great weekend away from them in New York, it was held virtually with all the athletes at home or in organised accommodation. The first two picks this year went as predicted with Joe Burrows the top collegiate player going to the Cincinnati Bengals and the Washington Redskins picking the defensive star Chase Young. Other notable selections were Jerry Jeudy to the Denver Broncos at 15, Tua Tagovailova to the Miami Dolphins at 5 and one shock was CeeDee Lamb falling all the to 17 and the Dallas Cowboys, but that may just be a loss to the other teams and a huge gain for the Dallas Cowboys.

The Road to the Superbowl

The NFL is made up of 32 teams split into two different conferences the AFC and the NFC with 16 teams in each made into four divisions of four teams each. Teams in each division play each other twice and the remaining ten games are split between any teams when the fixtures are made are, they organised due to the teams standing the previous year. The winners of each division receive a playoff berth and the two other teams that have the best record in the Conference receive a Wild Card spot. The season is quite short by professional sports standards but because of this every game matter and makes it good for punters who are into NFL betting. There is always good value to be found each week on the sportsbooks and betting exchanges that offer prices on NFL betting.

Where is the Superbowl being held?

This year the Superbowl will be held in Tampa Bay, Florida. It is due to be held on Sunday 7th February in Tampa’s Raymond James Stadium which is home to the Tampa Bay Buccaneers.

In the last two NFL seasons the Kansas City Chiefs have been beaten in the AFC Championship game and then won last years Superbowl. As far as NFL betting goes, they are worthy favourites. Their star QB Patrick Mahomes is a former MVP and is only getting better with more experience. They have retained all their offensive pieces such as Travis Kelce, Tyreek Hill and Sammy Watkins and they have locked down coach Andy Reid to a new contract. Their defence at times is their Achilles heel but with one of the leagues best offences and players, they are in great shape to make another run at a second Superbowl title. They are worthy of 11/2 favourites. For some punters, 11/2 will be too short but they the most likely winner and the online sportsbooks and betting exchanges have this right.

Pros – Current defending champions, Offence, Patrick Mahomes
Cons – Very hard to find one, to be honest, and the betting odds reflect this

A team that many thoughts would have the measure of the Kansas City Chiefs last year are the Ravens. We never got to see the match up with the Titans as a 6th seed upsetting the Ravens last year before the AFC Championship game. The Ravens have a rich pedigree of being a top team the NFL but this current crop was a tad immature last year and this showed against the Titans. This year they will back and ready to make a run at a Superbowl Championship.

Lamar Jackson their QB is one of the most exciting players to come through the college ranks in many years and as reigning MVP he is the star of the Baltimore Ravens locker room. They have a superb offence and have always prided themselves on how they play defence. A well-coached team if they learn from their error in the playoffs last year, they should be putting it up to the Chiefs in the AFC. 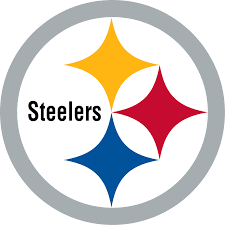 The fact that the Steelers managed to finish the season last year 8-8 without QB Ben Roethlisberger is amazing. It was down to their elite level defence led by TJ Watt and their number 1 pass rush. Although in the same division as the Ravens and they do not look quite as strong as that team on paper the Steelers can make the playoffs and it wouldn’t be a massive surprise if they put it up to the Ravens and the Chiefs. 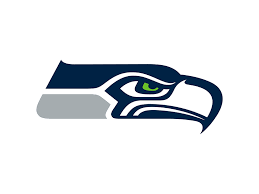 Seattle for the last 10 or so years has been a perennial playoff team under the coaching of Pete Carroll and QB play of Russell Wilson. They have been slowly building to their roster for another run at the Superbowl and last year were just denied winning the Division by the 49ers. Another year on I see them putting that right and they are overpriced with the sportsbooks and betting exchanges at around the 17/1 mark.

They have a high-powered running game, a superb QB and leader in Wilson are well-coached and their defence is starting to resemble what it was in the ‘Legion of Boom’ years. They have a super chance of being the winners of the NFC.

Tampa has out of all 32 teams made the most moves in the offseason. They have gone all out to try to win a Superbowl right now. COVID 19 probably hasn’t helped this team build chemistry but it is the same for all teams right now. The Goat Tom Brady is now the QB, Rob Gronkowski is onboard, they have kept all their offensive pieces from last year which includes two pro bowl receivers and just this week they have added former pro bowl running back Leonard Fournette. The Bucs are loaded and I see them winning the NFC and getting to the Superbowl held in their home stadium.

Pros – they will have the best offence perhaps ever seen lining up together
Cons – a consistently losing team, can they turn the tide? 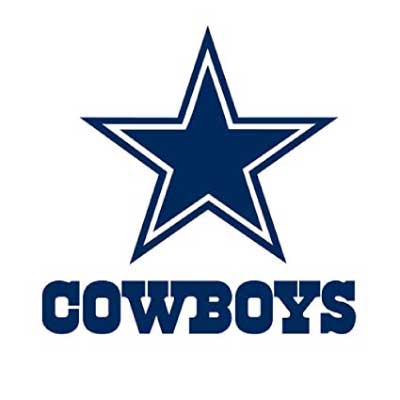 Every year it seems like it’s the year the Cowboys finally put it together and get back to the Superbowl. This year is no different, they drafter well, have a high-powered offence, a defence that looks ready-made for a championship run but it is the Cowboys after all. In the offseason, they added a new coach in former Superbowl winner Mike McCarthy. A shrewd move and one that I can see leading to the Cowboys being back as division winners. They will have a great year but it is hard to see them getting past the roster of Tampa or the experience of the Seahawks – a good outsider though with betting odds of around 14/1

For the last 2/3 years, the Saints have been competing at a high level and been a perennial playoff team. Their betting odds suggest this at around the 10/1 mark but I still believe they will surprise a few people this year. The NFL is a hard game to stay at the top for long periods and many will believe that New Orleans might struggle this year. I think that they have one more hoorah in them this year and will be a tough nut to crack for Tampa in the division and also throughout the playoffs as a whole. They are superbly coached by Sean Payton and have retained the core group of players that have seen them contend for the last few years like Michael Thomas, Alvin Kamara and hall of fame QB drew Brees. Do not overlook New Orleans

Pros – Drew Brees, one of the very best head coaches
Cons – Can they contend for the fourth year running? Is the drive still there?

This is a bold call and one that may be scoffed at but hear me out. They are in a serious tough division alongside the Rams, Seahawks and the 49ers. I feel the 49ers will suffer a Superbowl hangover and the Rams have been hit and miss last season. The Cardinals have quietly gone through the draft process and built a nice-looking team. A young core led by Kyler Murray who is a super leader they have added top 3 wide receiver in Deandre Hopkins and that might be the key to added wins. Isiah Simmons was added to the defence through that draft and I think they are a wild price at around the 45/1 mark.

The NFL season is always very unpredictable in terms of results week to week but I am confident the teams that I have narrowed down to here have a great shout if you are into NFL Betting. Prices vary from short to high, the short prices are short for valid reasons they are the most likely winners.

The AFC will come down to a match between 1 and 2 seed Kansas City Chiefs and the Baltimore Ravens. Super competitive divisions are an issue for both teams but they have superior firepower offensively and this should see them through to the conference championship! I see Kansas City winning that game and making it to the Superbowl.

In the NFC the Seattle Seahawks will be a tough nut to crack and I feel they will make the conference championship alongside the Tampa Bay Buccaneers. Tampa Bay might seem obvious with the talented roster they have assembled but that is just the fact, they are too talented not to contend. I see Tom Brady leading them to a home Superbowl appearance to go against the new QB for the ages in Patrick Mahomes.