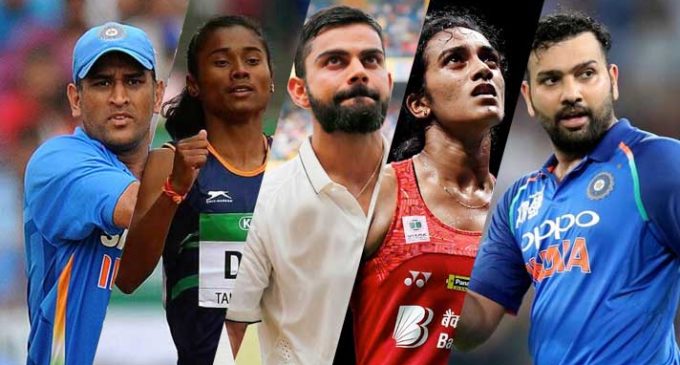 With a population of approximately 1.35 billion, India stands for one of the most populated countries on the planet. More than 400 languages, a wide range of exotic religions, and 29 distinguishable states make the Republic of India a unique memorial to the cultural diversity of previous civilizations. Its people honour different ancient traditions and their habits and tendencies are best seen in the sports they like.

You can tell a lot about a group of people based solely on the game they choose to watch, play, and bet on. In this article, we’ll try to list all the sports currently popular among Indians together with all the features that make them so appealing.

Brought by the British colonialists, Cricket was quickly recognized as very challenging, but it was shortly adopted by a big number of Indians. Today, cricket is much more than just another sport in this country. Its huge popularity makes it comparable with some of the main religions. People of all ages and sexes are simply hypnotized by this uniquely exciting team sport. You can see it on TV, on the streets, and the newspapers. Everyone’s talking about the next big game.

Rare are the occasions when Indians are ready to unify as a nation behind a common cause. Cricket, in all its glory, is one of those things that make them forget about their differences and make the most of their free time. It would be difficult to find a young boy in this country who doesn’t dream of becoming a professional cricket player. The best players of this game are widely-respected and celebrated throughout the country.

Just like in many other countries around the world, football has an enormous fanbase in India. The National Football League is closely followed by numerous lovers of this game but they’re also very aware of what’s going on abroad. Indian TV stations often broadcast some of the most popular football leagues in Europe and most people have heard of Cristiano, Messi, and other masters of this thrilling game.

If you’re not from India or southeast Asia, you’ve probably never heard of this game before. This is an Indian speciality that’s not very popular in other parts of the world. In India, however, it is one of the favourite free-time activities. Kabaddi can be described as a contact sport played between two teams. Each team has seven players and physical strength is a very important factor in this game.

The origins of badminton can be traced back to ancient Greece and China. Even though we don’t know this for sure, many claim the British slave drivers brought this sport to India. Initially disliked by the locals, badminton eventually became one of the most common games in the country. Today, they have a very strong national team that’s often ranked among the top ten.

For most of us, the word hockey is closely associated with low temperatures, ice, and big helmets. In India, however, they play a somewhat similar game but this one is played on grass.

Field hockey is immensely popular throughout the Indian sub-continent and their national team takes part in all the important international competitions. The game is available to everyone because a wooden stick is the only equipment you need.

Even though tennis is usually perceived as a rich people’s sport, it has a significant number of admirers in India. Not everyone plays it in their free time but, without any doubt, millions of people like to watch it and bet on it. Top tennis players are very popular in India and the government is even trying to organize a major tournament to additionally popularize this sport.

Wresting is one of those sports that don’t need special promotion in India. It has always been around and it probably always will be. Depending on the region, young boys start practising wrestling at the age of seven. Throughout history, India had several exceptional wrestlers who won medals in some of the strongest competitions.

Some say the golden days of boxing are far behind us. Many think this game is losing popularity and other more cruel sports like ultimate fight and MMA are going to succeed it. In India, however, this couldn’t be further from the truth. Boxing, in all its forms, is enormously popular among young people in this country and they practice it with extreme passion and dedication.

Even though it was never in the top three most popular sports in India, basketball has a respectful number of fans in this country. Many people like to watch the NBA and they hope one day they’ll have a chance to see those players in real life. Despite the time-difference, live TV broadcasts are followed by millions of people.