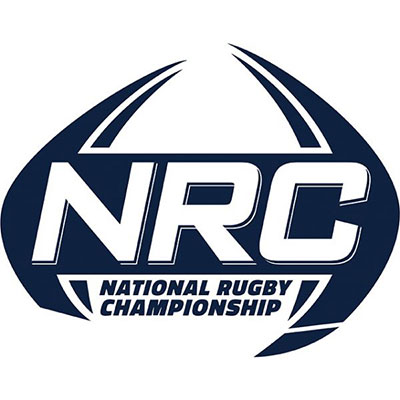 The National Rugby Championship, commonly referred to as the NRC, is a prestigious Australian National Rugby Union tournament that is contested by eight teams- seven from Australia and one from Fiji.

It is a round-robin tournament that features seven rounds. The top four teams after the seven rounds progress to the playoffs that consist of two semi-final matches followed by a final to determine the overall winner of the competition.
Rugby Australia manages the tournament, and it is sponsored by Foxtel that provides live TV coverage on its Fox Sports channels. The 2019 tournament is set to run from Saturday, August 31st to October 26th.

The selected matches of every round will be broadcast live on Fox Sports and Kayo sports. However, Rugby fans can stream all the games on rugby.com.au.

During the competition, teams can also play for the Horan-Little Shield which is a challenge cup that is usually put on the line when the main cupholders accept a challenge or mandated by the terms of the tournament. Betopin is here to provide you with the latest and reliable NRC betting tips that you can trust.

Our Betopin NRC betting tips have been compiled by an experienced team of passionate experts and rugby specialists to help you make informed decisions. If you are a rugby lover and you want to bet on various NRC matches, make sure that you read our tips.

Our match predictions are based on a scientific forecast with high chances of success. We analyse each team’s current power ranking before making any prediction. We look at teams that have dominated the NRC and check whether they have what it takes to win against the other teams in the competition. And that is not all.

We also take time to evaluate player fitness and motivation since these two aspects can have a direct impact on the outcome of any match. For instance, if a team is out to prove a point, we understand that its players may be extra motivated and will give their best no matter the challenger.

As the 2019 NRC competition kicks off, every fan will be hoping that their favourite team goes all the way to the final and wins the tournament. But, who is being backed by bookmakers to lift the 2019 trophy? Here are the top four favourites: 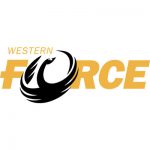 Chris Tuatara-Morrison was one of the standout additions to the Western Force squad that lost to Queensland Country in the semi-finals in 2018. Ian Prior, who has fully recovered from a pectoral injury that kept him out for most of the Rapid Rugby season, will captain the side.

There is no doubt about the fact that the 2019 squad boasts serious talent and so far many people consider them as one of the tournament favorites. The Force open their 2019 campaign against Queensland Country on August 31st. 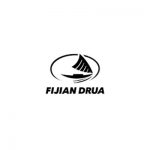 Nobody can doubt the talent within Fijian Drua’s team. The side started participating in the NRC in 2017 and was knocked out in the semi-finals. However, it came back stronger in 2018 and won the main cup after beating Queensland Country in the final.

The team’s head coach Senirusi Seruvakula retained ten players from last year’s team that won the title. This year, the team will aim for a strong start to send a strong message to their opponents that the Rugby World Cup did not weaken them. 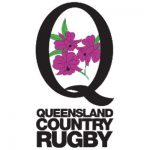 After finishing runners-up in last year’s competition, Queensland Country will be hoping to go all the way to the final and win the NRC championship for the second time.

After two consecutive appearances in the NRC final, Rod Seib’s team will be expected to be in the mix again come the finals day on October 26th.

The coach maintained a majority of the players that performed so well in last year’s competition beating Fijian Drua three times and Western Force at the semi-finals. 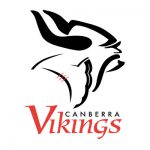 Canberra Vikings finished runners-up in the 2015 and 2017 editions of the NRC competition. The team was knocked out in the semi-finals in 2018 and head coach Nick Scrivener must be thinking of a way to break this jinx.

To start with, he has selected a young team that is full of potential and will hope that his relatively young army can go on and surprise the big boys.

The team’s front row has a new look with Jake Simeon and Fred Kaihea leading the line. The backline is controlled by the amazing pairing of Noah Lolesio and Ryan Lonergan. 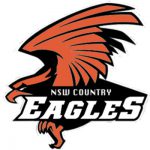 NSW Country will start this year’s competition with one thing in mind; not to fall behind their local rivals, Sydney. Perhaps, this motivation can push the team to victory after coming close in 2016 when they finished second.

The young players named by Coach Robert Taylor will be hoping to disappoint the clear favorites of the tournament and steal the show. Taylor named a relatively young side with Jake Gordon and Ned Hanigan as co-captains in a team that also features Mack Mason and Tom Staniforth.

Some big matches are expected to be played from the first round of NRC competition. But, which are the biggest head-to-heads in this competition that might have a significant impact on the season?

This is perhaps the much-anticipated clash of the season. The two finalists in the 2018 competition, each team will be out to prove a point to the other. Queensland Country will feel like it is the perfect time to revenge the loss that Fijian Drua inflicted on them 11 months ago to deny them the main cup.

These two teams have met four times with Queensland Country boasting a better record against the Fijian Drua. Out of the four meetings, Fijian Drua has managed to defeat Queensland Country only once-in the 2018 finals. Before that, they suffered three consecutive defeats in the hands of Rod Seib’s team.

This match brings together local rivals. Both teams come from the New South Wales region and will be looking to outperform each other in the competition.

However, NSW Country Eagles have a better head-to-head record over their local rivals, and they will be looking to maintain their 100% record against Sidney.

In fact, out of the three times that these teams have battled out, Sydney has never won or drawn any match. In last year’s competition, Country Eagles beat Sydney 33-19. It will be interesting to see how it ends this time around.

The Force will start the 2019 competition with probably the best squad that features talented players and experienced rugby professionals. In fact, it is one of the teams that many people see as genuine contenders for the 2019 main cup.
In 2018, Western Force suffered a slight defeat of 28-33 in the hands of Fijian Drua and will be looking for revenge. On the other hand, Fijian Drua will want to send a strong message to their rivals that they are still in it by beating one of the favorites.

This is another tough match that will bring together two cup favorites. The two teams have met in this competition four times with Canberra Vikings emerging winners two times same as Queensland Country.

Rod Seib’s side will go into this match knowing that they have to beat Canberra Vikings to boost their chances of qualifying for the semi-final playoffs. Both teams have strong squads that can go all the way up to the finals. In fact, this might be a mini-final before the actual final.

The National Rugby Championship is a major tournament that you can bet on and win big. But, what are some of the most popular betting markets for NRC?

This is perhaps the best NRC betting market due to its simplicity. The money line market offers you a chance to bet on who you think will win the match outright.

For instance, when Canberra Vikings is playing Western Force, you simply pick one team that you think will win the match. To place a bet on this market, visit Paddy Power for all the latest odds.

Handicap betting is another famous betting market in rugby union. In fact, some people believe that this is where the best value is found. The handicap refers to an advantage that the bookmakers give one team to make the game more balanced.

You need to keep in mind that the side given the positive handicap can draw, win, or even lose the match by less than what is needed to cover your bet.

However, the side with the negative handicap must win the match by at least more than the points set out in the handicap for you to win the bet. To place a bet on this market, visit Betway for all the latest odds.

Totals betting in rugby refer to betting on the total number of points to be scored in a match. Typically, the bookmaker will determine the totals figure and bettors can proceed to bet on the number of points over or under that predetermined figure. To place a bet on this market, visit William Hill for all the latest odds.

This is a two-way rugby betting market that eliminates the draw option, and you only bet on one team to win the match. If the game ends in a draw, your bet is considered void, and your stake amount will be returned to you.

If the team that you selected wins, you make a profit, and if it loses, your bet is settled as a loss. To place a bet on this market, visit Ladbrokes for all the latest odds.

The 2019 NRC competition promises to be an exciting event. All teams are well-prepared, and each one of them will be hoping to emerge victorious.

However, out of the eight teams taking part in the competition, Canberra Vikings looks the most dangerous, and Coach Nick Scrivener hasn’t been afraid to openly declare that his target is to win the championship. His team looks sharp, and they will be hoping for the best.

Several bookmakers have priced the team at 5/2 to win the 2019 NRC edition. Make sure that you get all your 2019 NRC betting tips from Betopin because they have an incredible track record in rugby union betting tips.