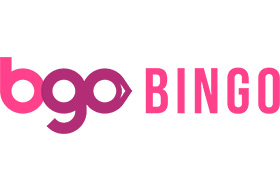 Technology and the internet have taken the game of bingo to a whole new level and BGO Bingo is riding that wave. They have created an amazing site for newcomers and veterans to have fun in many different rooms that match every player’s playing style. They offer fun promotions and bonuses to keep their players coming back. There is always something to look forward to on BGO Bingo.

They gave their interface an infectious look and they know that bingo can be so much more than just your ordinary game. They have created networked games for their players to interact inside other sites and communities. They have a fun community of thousands of players that creates a sense of fun and escape.

One of the things that sites do to draw players in and keep them coming back is by setting up great welcome bonuses, regularly occurring promotions, and loyalty clubs. BGO Bingo does that for their players so that they are giving something back to their players as a show of appreciation for their business. They also do it so the players are able to really just have a good time playing bingo.

New players are given a welcome bonus as a show of appreciation or their choosing to play with BGO Bingo. After the player signs up with a minimum $10 deposit, BGO Bingo gives them a free $20 to play with. Once the sign up is complete, the player will enter in the bonus code BINGO and then click accept when they are prompted to. Players will have up to 3 days to claim this bonus money after signing up.

There is always something going to be a part of on BGO Bingo. There are different promotions and giveaways going on that players can find in all of the different rooms. For example, the Bingo Linx Jackpots are daily promotional games that can be worth up to $5,000. There are also tons of prizes and giveaways in the chat hosts, and Daily Bingo Treats.

All of these promotions give players lots of freebies to look forward to when they are exploring the bingo rooms looking for a great game to get in on.

As the welcome bonus is a sign to new players as thanks, the Loyalty Program is a show of appreciation for the dedicated player. As players play throughout the site, they earn points towards redemption for credits in bingo games and other casino games as well. As players continue to play, earn more points, and move their way up through the ranks of the site, they are able to be placed into the loyalty club.

This is a tiered club that has 5 different tiers; Chocolate, Toffee, Nougat, Caramel, and Candy. Players statuses are assessed on the 1st of each month in order to figure out which tier it is that they should be placed into. Different tiers earn points at faster and faster rates, they are able to redeem points faster, and even receive the benefit of faster withdrawal speeds. Each tier also has dedicated bingo rooms with a range of improved prizes.

BGO Bingo has made sure to provide a huge variety of bingo games in order to suit the varying tastes and playing styles of all of their players. There are 13 large rooms on BGO Bingo that have numerous different bingo games within those rooms. The games in these rooms can have different ticket prices and opening times. Players can even buy tickets in advance so that they can be in on the action without having to log in to the site. These rooms include:

BGO Bingo definitely knows what they are doing with bingo, but that is not all that they have to offer their players. They know that some players will want to expand their horizons and they make sure to give them plenty of ways in which to do that. They give them a plethora of ways in which to bring a real casino to their screens.

They may do bingo well, but they also have great slots games too. Like with their bingo games, they offer amazing interactive slots games that come with their own perks and promotions that go on all the time.

Table games like baccarat and roulette make it feel as though you have brought a casino right into your living room.

Their live casino games have interactive features that keep players busy for hours. These games are streamed in real time high definition.

One of the great things about bingo sites are the communities of players that gather there to have a good time, chit chat, and make friends from all over. BGO Bingo has a great community of players. They are so friendly, and this friendliness is something that they pride themselves on. It is full of all of the information that players need to know so that they can shape their playing experience the way they want.

The chat hosts communicate well with the players about the chat games that they are going to run and when they are running them. They also let players know about ticket prices, jackpots, ad game timetables. Players are never going to have to wonder what is going on.

They do not have a Facebook page, but their site is very active with players and chat hosts talking all the time. They even let players know about upcoming promotions and new games that are going to be released. This is the place where BGO Bingo players go to find out what they need to know.

Payments, depositing, and wagering can be “make it or break it” as to whether or not a player is going to choose to play on a particular site. BGO Bingo gives players plenty of safe and secure options to choose from.

There are a few ways in which players can deposit their money onto the site including PayPal, Neteller, Skrill, and debit and credit cards.

These deposits are credited to an account instantly. There is a minimum deposit limit of $10 and no real maximum. Players need to be aware that there is a 2.5% fee for deposits less than $500.

This can be one of the areas where BGO Bingo can lack. There are fees for a player’s withdrawals, but they have an incredibly short wait time for those withdrawals. It is one of those things where do you mind paying a fee for your money that you get quickly, or would you rather wait? It all depends on the player.

Withdrawals are pending for up to 24 hours before the funds are released and in that time a player can cancel the request. PayPal, Neteller, and Skrill withdrawals will be available instantly after that 24 hours. It may take 3 to 5 days to clear for card withdrawals. There is also no minimum withdrawal amount on BGO Bingo.

We all know that most people are doing everything on their phones. This includes their bingo gaming and BGO Bingo makes sure to accommodate all users and their preferred mode of play.

Some do not want to fill up their phone or tablet with a bunch of apps and this is why BGO Bingo has made sure that their webpage is mobile-friendly. It maintains its look and functionality from device to device so that players have the same access wherever they choose to play.

For those who love apps, they have an app available in the App store. Players will just have to search for BGO Bingo and it will be easy to find. This app is available for those Apple devices that are running 9.0 and higher.

Don’t worry Android users, they didn’t forget about you. Their app is also available in the Google Play store for devices that are running the 4.2 or higher. Players will run the same search for BGO Bingo as the iOS users.

Customer support is always available for players in a lot of different ways. It all depends on what method works best for the player. They have an extensive FAQ section for basic questions and other ways to talk to customer support professionals if necessary.

For a question that is not requiring an immediate answer, they have an email address that is easily accessible. Just email them at [email protected] and they will make sure to take care of whatever their players need.

There are support professionals also available 24-hours a day, 7-days a week for those pertinent questions that just can’t wait.

BGO Bingo is a fun site with lots of bonuses and promotions for their players to get in on. They also offer other games for those players who are looking for a little more of a variety. They make playing really simple and their customer support is always there to help when it is needed.

The only downfall that we could really see was in banking. It can be a real turn off to players if they have to pay a fee to deposit and withdrawal their own money. This can be a real issue for some and not for others. This is balanced out by their fast withdrawal times. It really depends on the player’s preferences.

It is a great site that can really be a whole lot of fun. Check it out for yourself and see.