Last season Huddersfield were the first team to be relegated, a defeat to Cardiff City at the end of March saw them become the second team in history relegated before the end of that month. They finished the season with a woeful 16 total points tally. They were joined by Fulham and also Cardiff City with both teams gone before the final game of the season. Cardiff battled away and finished with 34 points while Fulham had a poor 26 in total. Brighton and Southampton were involved in the dog fight for relegation at the season’s end and finished way to close to the drop for their fans to be confident of survival in the top flight this year. The teams that replaced the related ones from the championship for the 2019/20 season are Norwich City, Sheffield United and Aston Villa. For the latest updates on The Premier league take a look at our Premier League Betting tips here.

Destined for the Drop

The teams this year that will be in relegation trouble and could face life in the Championship next season are – Burnley, Brighton, Norwich City, Sheffield United and Southampton in no particular order. 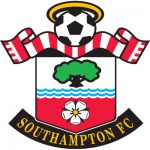 Battled their way through last season, gone are the days of the young players coming through that stay with the team. So many players have been and gone especially to Liverpool over the years. Southampton is a selling club and I feel this season will again find it a hard battle to hold onto their Premier League status. They finished last season in sixteenth place having sacked Mark Hughes mid-way through the season while they were stuck in the relegation zone. For 2019 they have signed Danny Ings from Liverpool and seem to be addressing problem positions.

Narrowly survived last year and were staring at the drop all year bar the final game of the season where the relegation places had already been decided. Must have been a stress-free week for the Brighton players! Brighton has a new manager in Graham Potter having sacked Chris Hughton last year after a poor end of season run. New players have also arrived with as many leaving for pastures new. Brighton however just do not have the squad depth or financial power to attract big names. This will lead to another season of worry for Brighton and I see them being relegated before the end of April.

Betway is offering odds of 13/8 that Brighton is relegated, they are no mugs on this one.

Burnley have become a fixture in the Premier League over the last couple of years but I believe they will struggle this year and will get dragged into the relegation fight. They finished the season last year in 15th place on 40 points which was just above Southampton. This year they will find their home down that end of the table yet again. They have a solid manager in Sean Dyche but the squad just simply isn’t strong enough.

Betway is offering 2/1 for Burnley to go down. Considering their squad and last year this is a fair price. 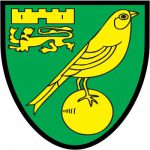 Norwich is 11/10 with Betway to get relegated. This looks like a solid investment. Buying money?

Another of the newly promoted teams to the Premier League, Sheffield United will suffer the same faith that Norwich City will. It’s their first season back in the league since the 06/07 season and the excitement will be super around Bramall Lane. They have added some squad depth and the adding of Phil Jagielka is very shrewd. However, they will really struggle to stay up.

Favourites for relegation at 4/6 on with Betway I think there are better bets for sure.

Of the five teams, I think to have a genuine chance of being relegated there are other teams might just get sucked into the battle too. Surprisingly maybe for some, I think Leicester will struggle this year and will be fighting to stay out of trouble and they might just be joined by Wolves. Wolves had a superb season last year being back in the Premier League, but can they sustain that? It is highly doubtful in my opinion. 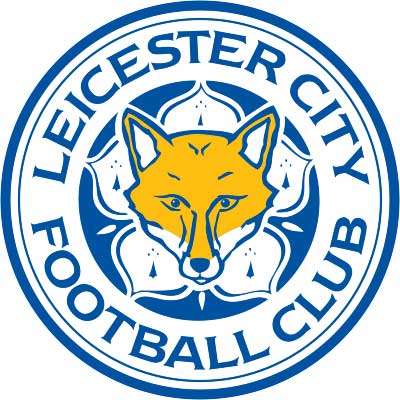 This might be a choice from left field with Leicester having one the league only a couple of years back. That’s though, was a freak occurrence and Leicester have been a mid-table team since finishing ninth, twelfth and ninth in the seasons since. Year by year the top teams seem to get stronger and the other teams are a step behind. As I’m writing this Harry Maguire seems destined for a move to Manchester United and that is not a defender that can be replaced easily for Leicester City. Their squad is strong but they will need to be very careful to not get dragged into a battle at the wrong end of the table.

Odds for Leicester to get relegated with Betway are 33/1, not too bad for an outsider. 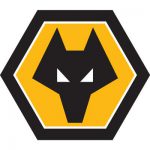 Wolves were the surprise package of the 18/19 season taking points of all the big team’s bar Liverpool. They finished seventh surprising everyone that might have written them down as relegation favourites. A one season of wonder Wolves might come right back down to earth. With Man City winning both the league and F.A. Cup wolves having finished seventh have a Europa League spot. Are wolves built to deal with four competitions? Doubtful in my opinion.

Wolves are 33/1 with Betway to be relegated.

A many with years of experience in the Premier League with Everton, he will be a calming presence in the dressing room for the Sheffield United players. Many will have not experienced football at this level and this is a shrewd signing to help the Bramall Lane faithful fight the drop.

Teams that struggle to score goals, generally have issues with getting dragged into the relegation fight in the Premier League. Southampton has well and truly addressed this issue with the signing of Danny Ings from Liverpool. On his day and if he is fit Ings is a proven goal-scorer, a superb signing.

Another team to address the need for goals is Burnley. Adding Jay Rodriguez is a make or break move for the player. He has struggled since injury derailed his career at Southampton. If he can rediscover the goal tough though this could be the signing that keeps Burnley safe.

The Fixtures That Could Make or Break the Season

Saturday, September 14th 2019 at Bramall Lane kick-off 3 pm, one of the first big fixtures of teams I feel will battle relegation. If Southampton can win away from home, it could be a pivotal result at the end of the season. United will be hoping that the Bramall Lane crowd can be the twelfth man and see them over the finish line.

Saturday, December 21st 2019 at The Amex Stadium at 3 pm kick-off. Heading towards the Christmas period every game and point are vital. Two teams at the wrong end of the table going against each other before tougher games await, this game is not to be missed. I expect it to be exciting with both teams going all out for the three points.

Saturday, April 11th 2020 Norwich face Brighton at Carrow Road. With Brighton facing Liverpool the following week and the Man City the week after that and coming towards the business end of the season this fixture might even see someone relegated. Two teams surely battling the drop this match will be vital for who returns to Championship football.

Sunday, May 17th 2020 at Turf Moor, Burnley will host Brighton in a last day of the year game, kick-off is scheduled for 3 pm. Perhaps the relegation places will be decided by then but if not, this game surely will have a bearing on the result. Burnley will use their home turf to push themselves to the victory, but if Brighton has anything left to play for, expect a huge battle.

Welcome to the Championship

The 20/21 season in the Premier League won’t have anything to do with Southampton, Norwich and Brighton as these are the teams, I feel will be relegated by this seasons end! Take a look at all the football betting action here.