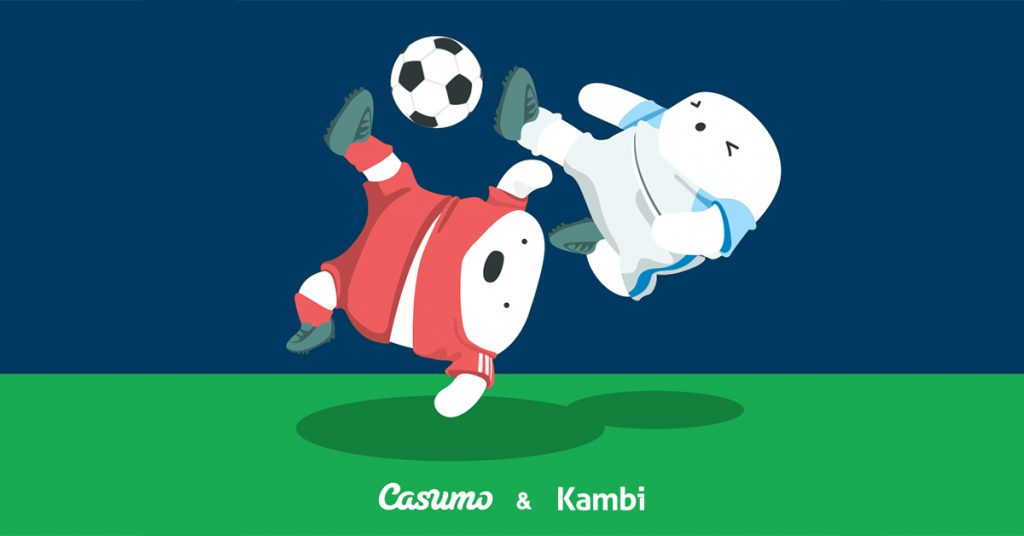 Does Casumo’s New Sportsbook Hold Up Against Its Competitors?

In 2018, Kambi Group plc signed a deal with Casumo, the popular and innovative gaming company, to offer a gamified sports betting product. With this partnership, Casumo would be able to begin offering sports betting in addition to their highly-rated, real-money games.

“We are delighted to have signed this deal with Kambi,” stated Daniel Durrans, Head of Sportsbook at Casumo. “This is an exciting and collaborative partnership across product and technology.”

Casumo was founded in 2012 and has earned a reputation as one of the fastest-growing brands in the industry. To keep up with demand and remain a popular online casino, it didn’t take long for Casumo to look for the right way to integrate a sportsbook into its platform. As stated in this Casumo review, Casumo is a successful online casino that offers many of the top games in the iGaming industry. But without a sportsbook, Casumo would always remain a step behind its competitors.

As of 2019, that is no longer the case. Kambi Group was already a significant factor in the world of sports betting with their use of market-leading technology that incorporates more of a social aspect into the wagering experience. By working together, Kambi and Casumo will be able to draw in more players, including a new type of bettor with interest mainly in sports betting.

Additionally, Kambi and Casumo plan to release a football-focused mobile product. While the rest of the sportsbook will likely be integrated into Casumo’s current platform, this mobile-optimized option will target a large number of players who desire an easy to bet on one of the most popular sports in the world, no matter where they are.

But despite all the excitement, the new sportsbook can only be successful if it can successfully compete against other sportsbooks. How does Casumo’s sportsbook compare to others in the same industry?

With thousands of online sportsbooks competing for the attention of those willing to put their money on the line, does Casumo really have a chance at making it big? Or were they better off sticking to casino-style games?

The sports available to bet on in Casumo’s sportsbook include:

They also offer betting on horse racing and greyhound racing. Given they offer betting on just about every sport and sporting event out there, it’s hard to beat the betting selection at Casumo Casino. But most high-quality, popular online sportsbooks offer betting on a wide variety of sports, so this factor doesn’t exactly set Casumo apart.

However, what does allow Casumo to stand above the rest is the attention its deal with Kambi has earned the online casino. With two well-known companies teaming up to provide a specialized service, big names are paying attention.

In July of 2019, English Championship football club Reading signed Casumo as its new main sponsor. The deal is guaranteed for two seasons and means that Casumo’s brand will be shown on the front of Reading’s first team and adult replica shirts.

The head of Reading’s sales and partnerships, Tim Kilpatrick, stated “We’ve been impressed by Casumo’s imagination and desire to immerse themselves into our club, culture, and fanbase. We look forward to collaborating throughout the next two years and providing a powerful platform for Casumo to achieve their own, ambitious marketing objectives.”

By becoming Reading’s shirt sponsor, Casumo has further implanted itself as a legitimate, trustworthy, and therefore go-to online casino for those interested in sports betting, gambling, and online gaming.

Other factors that put Casumo ahead of its competitors include the various bonuses and promotions available to new and loyal customers. Even those first drawn to Casumo for its sports betting will be intrigued by the incentives that await them once they sign up for an account with the online casino.

Many customers may find it well worth their time and money to take advantage of the offers they receive when signing up for an account with Casumo, even if they initially solely possessed the desire to wager on sports. Free spins and deposit bonuses can go a long way for anyone wanting and willing to try their luck in an online casino.

Casumo, including its sportsbook, is officially licensed by the Malta Gaming Authority.