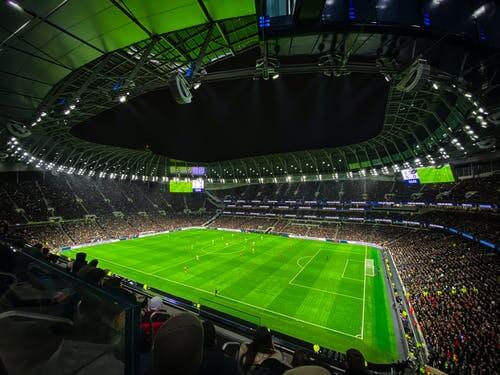 As the fans of Bayern Munich celebrate their sixth UEFA Champions League title, the world is already looking towards the next season of this widely-popular football competition. At first glance, the list looks like you’ve seen it before. However, together with some well-known names, there will be a few surprises. Some places are yet to be filled, but the majority of competitors are known, and we think a whole lot of excitement is ahead of us.

In this year’s UEFA Champions League, we’re going to watch four Spanish teams. All of them are famous across the globe, and they have a rich history behind them. The winner of the Spanish La Liga, Real Madrid, will start this season with high ambitions and one of the strongest teams. The magicians from Barcelona are also going to be there, but will they be there with Messi?. Even though their early elimination was a bit surprising this year, we’re sure the team from Catalonia is capable of great things.

Together with the two most famous Spanish clubs, we’ll be able to enjoy the games of Atletico Madrid and Sevilla as well. The team from Madrid is led by Diego Simeone, and they’re known as a squad that can defeat anyone. After conquering the Europa League this year, Sevilla deserved its place in the strongest competition, and we’re sure they’re going to make the most out of it.

Liverpool, Manchester United, Manchester City, and Chelsea are going to represent England in this year’s UEFA Champions League. Since they dominated the Premier League this year, Liverpool stands for the strongest team on the Island. However, the two teams from Manchester are equally good, and they’ve proven their quality over the last two decades in this competition.

Led by Frank Lampard, Chelsea is aiming high this year. The team from South West London has always been a difficult opponent, and they are especially motivated in international competitions.

Juventus, Inter Milan, Atalanta, and Lazio are the four best teams Italy has to offer at the moment. Since they have Cristian Ronaldo, one of the best players of all time, Juventus stands for one of the favourites for the title. In general, Italian squads are known for their adaptability, and any of these four teams could reach the final stages. Of course, a lot depends on the initial draw.

Aside from the current champion Bayern Munich, Germany will be represented by Borussia Dortmund, RB Leipzig, and Borussia Monchengladbach. The German Bundesliga is getting stronger year after year, and each of the four representatives is capable of achieving great results. Famous for their discipline, German teams often score their decisive goals in the last minutes of the game. Hopefully, we’ll see some of those this year.

Marseille and Paris Saint Germain are often present in the final stages of this competition. This year’s runner-up Paris Saint Germain has one of the most expensive teams ever. This squad is made for great results, and we think this might be their year. When it comes to Marseille, anything is possible because this team is filled with young and extremely talented players.

Zenit and Lokomotiv Moscow will be the two teams representing the Russian Federation. They usually have problems passing the group stage, but they’re far from easy to defeat. When playing at home, they’re almost invincible.

Portuguese champion Porto competes once again. Even though they haven’t achieved anything significant lately, they play modern attacking football, and the crowd loves them. Club Brugge comes from Belgium, and passing the group stage would be a good result for them.

Istanbul Basaksehir is the current champion of Turkey, and even though they don’t have much experience in this competition, they might be one of this year’s surprises. Shakhtar Donetsk, the champion of Ukraine, will also do its best to pass the group stage; however, it seems that this isn’t very likely.

Aside from the teams we already mentioned, six more squads will qualify through the playoffs. At the moment, only Ajax from the Netherlands and Red Bull Salzburg from Austria are locked into the playoff round. The rest of the teams will come from smaller European leagues.

The draw will take place on the first day of October in Athens, the capital of Greece. The 32 teams will be split into 8 groups containing four members. With three group stage opponents, each team will play six games in total. The competition begins on Tuesday, October 20, so make sure you set yourself a reminder. No matter who’s going to play, this will be a huge match. The opening game of the UEFA Champions League is always followed by tens of millions of fans around the world.