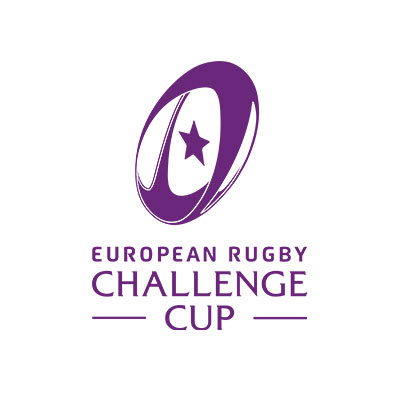 The European Challenge Cup is an annual European rugby union tournament organised by the European professional club rugby.  This competition serves as the second-tier for European clubs behind the Heineken European Champions Cup and 20 teams contest the tournament.

The 2019/2020 competition will be the 24th edition of the competition, and it will run from 15th November to 22nd May 2020. The final will take place at Stade de Marseille in Marseille, France.
Betopin is here to provide you will all the latest European Challenge Cup betting tips and advice that you need to know. Our rugby experts will work around the clock to ensure that you do not miss anything that you need to know.

Are you looking for reliable European Challenge Cup betting tips? You will find them on Betopin. All our tips are the work of a dedicated team of experienced rugby experts who have an in-depth understanding of the game.

You will find everything you need in one place, and you will be amazed by their breadth of insight. We analyse every aspect of the game and evaluate all the possible outcomes before posting any tip.

We are not like other online betting communities that merely ask their members to post predictions without any justification or thorough analysis. Our rugby experts back their best European Challenge Cup betting tips with in-depth analysis and insight.

In fact, after reading our expert advice and tips, you will be 100% sure that you are better placed to win your bet. Are you wondering if Betopin’s advice and tips are the best available on the internet?

Well, the truth is that most of the tipsters on the internet that claim to be profitable claim unreasonable subscription fee. Unfortunately, if you follow the self-proclaimed kings of betting tips, you will only regret after paying for their tips.
At Betopin, we value our customers and always strive to offer the best experience possible. We are always committed to transparency and excellent customer service.

With only a few weeks left before the start of the season, we look at some of the outright challenge cup favourites that you can bet on. 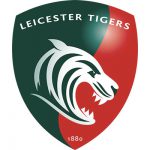 Leicester Tigers are among the highly-rated teams in the 2019/2020 European Challenge Cup, and many people expect them to go all the way up to the finals. The Premiership side will face Cardiff, Pau, and Calvisano in the round stages of the competition.

The Tigers suffered one of their worst seasons in the premiership in 2018/2019 finishing 11th on the premiership table and failing to qualify for the elite Heineken Champions Cup for the first time.

That left the side falling into the second-tier competition for the first time, and they will find themselves in a tough battle even as they try to reach the final in Marseille.

Geordan Murphy’s side has recruited quite well over the summer, and rugby pundits believe that they have what it takes to win the challenge cup. 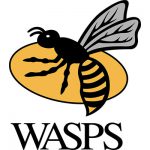 Fellow English strugglers are also among the favourites to win the cup although they face two tough trips to France to play against Agen and Bordeaux in the round stages.

Dai Young’s side has been given the backing to win the cup for the second time after their success in the 2002/2003 season. The team last competed in the second-tier tournament in the 2013/2014 season when they were knocked out at the semi-final stage by Bath Rugby at the Adams Park.

Wasps will be hoping to use this route to qualify for next season’s Champions Cup in case they do not finish among the top teams in the premiership. 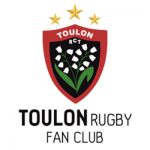 There is no doubt about the fact that Toulon biggest team in this year’s competition. The three-time Heineken Champions Cup winners are rated as the top favourites by many bookmakers given the talent in their squad.

The site boasts young and talented players that have proved to be a formidable force in the world of club rugby.  Toulon’s league form in the Top 14 has been on a steady rise with the team still trying to rediscover their lost dominance.  Given their squad value, this might be the hardest team to beat in this season’s competition. 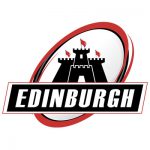 Edinburgh is one of the two professional rugby teams from Scotland. After reaching the Champions Cup quarter-finals last year, the side will be hoping to disappoint the likes of Toulon, Leicester Tigers, and Scarlets to win the challenge cup.
The team’s head coach has been on record saying that his side is tired of making up numbers and they believe that they can get it right this time around. 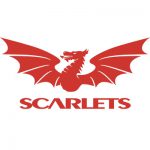 Scarlets have been extraordinarily consistent in their domestic league, and they can cause a big surprise in this year’s challenge cup competition. Their memorable win over Leinster last year showed a resilient team that can upset any big team.

The Scarlets play with rare skill and have strong players who can catch, pass, and offload at a great pace. They also have a strong mindset, and they can quickly turn defence into attack. Wayne Pivac’s side will be hoping to win the silverware and return to the Champions Cup in style come late 2020.

Challenge Cup –The Head to Head

The 2019/2020 European challenge cup has thrown up some exciting ties that you cannot afford to miss. Here are some games to keep a special eye on.

This will be the first time that these two sides are meeting since their memorable round six matches in the 2017/2018 Champions Cup match when Scarlets managed to edge Toulon 30-27 to become the first Welsh team to reach the quarter-finals of Europe’s elite competition.

That was the fourth meeting between the two sides in successive seasons with Toulon have defeated Scarlets in the reverse fixture in 2017/2018. The two matches of the previous season had finished 22-21 and 31-20 in favour of the home team.

These two sides participated in the only penalty shootout so far in European rugby competition- in 2009. This was the fifth time that the Tigers were playing in a European cup final.

The Tigers had secured a commanding 26-12 lead with perfect tries from full-back Geordan Murphy and wing Scott Hamilton only for Cardiff Blues to stage an incredible comeback in the final six minutes.  This is a fixture you can always look forward to and expect lots of drama.

The Bristol Bears and Zebre will have another opportunity to renew acquaintances slightly over one year since they last met in the Challenge Cup in rounds one and two.

The two sides were in pool four last year where the Bears edged Zebre 43-22 at Ashton Gate with the Italian team securing sweet revenge one week later with a 20-17 win at the Stadio Sergio Lanfranchi.

These two sides are deadlocked at two wins apiece in their head-to-head. Agen emerged victorious in 2006/2007 season when the two sides clashed in the European Cup before Edinburgh secured revenge in 2015/2016 season by winning both their European Challenge Cup encounters.

The Scottish team victories were much convincing winning 27-6 in France and 23-0 in Scotland. Agen will be looking to set their record straight and avoid suffering another defeat in the hands of Edinburgh.

Betting on rugby union competition has become popular as various television stations televise these matches. So, what are some of the popular Challenge Cup betting markets that you need to know? Here are the top four.

In a match outcome market, you bet on a particular team to win the match outright. You can also bet on a draw if you think the two sides will score an equal number of tries.

Make sure that you check out the latest team news and form when placing your bet so that you make an informed decision. To place a bet on this market, visit Ladbrokes for all the latest odds.

The European Challenge Cup is usually made up of five pools, each made up of four teams. Each of the team in the pool plays six matches- three home matches and three away matches. The pool winners market allows you to place a bet on a team that you think will finish top of any given pool.

However, you should keep in mind that this is a relatively difficult market to predict given the competitive nature of the Challenge Cup. To place a bet on this market, visit William Hill for all the latest odds.

For instance, a double bet that reads Cardiff Blues win/win will mean that you are betting on Cardiff Blues to be leading at the end of each half.

The double result market often attracts high odds. To place a bet on this market, visit Paddy Power for all the latest odds.

This is another popular betting market in the Challenge Cup. It allows you to place a bet on the outcome of a rugby match while allowing a margin of error. Bookies will usually provide a points handicap for a team- it can either be positive or negative.

At the end of the match, the handicap is added or subtracted from the team’s final score to provide the final result. To place a bet on this market, visit Betway for all the latest odds.

Out of the 20 teams that will be taking place in the 2019/2020 European Challenge Cup competition, Toulon is the biggest favourites. Having won the Champions Cup three times, this side boasts great experience in European competition, and it has what it takes to go all the way to the final and win the cup.

Bookies have priced Toulon at 4/5 which shows the great potential within their squad. Betopin is here to provide you with the latest team news, advice, and betting tips that will help you win big this season.