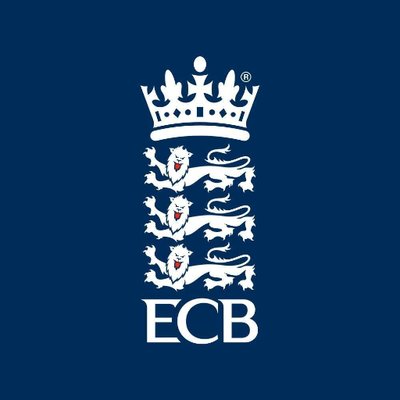 The Cricket World Cup is the world’s 3rd largest and one of the world’s most viewed sporting event in the present time, and cricket fans across the globe have all the reasons to celebrate. The twelfth edition of the ICC Cricket World Cup 2019 is scheduled from 30th May to 14th July 2019, and it is the 5th time that the tournament will take place in England and Wales. With only 10 participants including West Indies and Afghanistan joining the top 8 ranked ODI teams via the World Cup Qualifier that was held in March 2018, this Cricket World Cup will be the first World Cup to not feature any Associate members. The tournament will be played across 11 different venues with the final scheduled to be held at the Lord’s in London. For all the betting fans out there, we have come out with genuine predictions about England Cricket Team (ICC ranking in ODI is 1) in the 2019 Cricket World Cup.

England is listed as favourites despite having never previously won the World Cup trophy. This is not entirely surprising as the England cricket team is currently the world’s top-ranked men’s ODI team. Since the start of last year, England have come out on top in bilateral ODI series against World Cup holders Australia, New Zealand, Sri Lanka, and India. Also, the team looks very settled with the likes of Joe Root, Eoin Morgan, Moeen Ali, Ben Stokes, etc.

Eoin Morgan’s top-ranked England side enter the tournament as one of the most consistent teams in the format and their quest for a first 50-overs title begins against South Africa at The Oval on 30 May. The bookmakers around the world have England slightly ahead of India at present, and Australians are the next best on the list. With betting odds of 3.25, they are the present favourites to win the Cricket World Cup this summer on their home soil.

So what exactly their strengths are? Recently, the England cricket team has displayed an aggressive brand of cricket, and without doubts, had victories in UAE, Australia, New Zeland, and West Indies. The country’s top seven cricket players include Bairstow, Roy, Root, Morgan, Strokes, Buttler, and Ali. Let us know why? Eoin Morgan stands as England’s top scorer in ODI history, Ben Stroke is celebrated as both, hard-hitter and run accumulator. Further, Jos Buttler is known as a destructive batsman, especially in the death overs of anyone in the world while Ali has all the skills to bat in the top 4 for any international side. The team’s spin bowling is quite strong. There are match winners throughout the squad, there are batsmen that can win games on their own, and over the last six or eight months the bowling has really come on. Above all, they have got a fantastic leader. Eoin Morgan is the most impressive of the world’s one day captains, and definitely the right man to lead this team. The bottom line is that England has a much better batting line-up format in this season of Cricket World Cup.

The Squad that was picked to represent England in the world cup are:

The only concern is that they have gone too far with their all-out batting approach. Well, the team requires a smart batting and a consistent out and out fast bowler. Without doubts, England’s top six batsmen are fearsome, but their bowling line-up remains a major issue in the 2019 World Cup. England’s seam bowling in Scotland looked extremely thin without Stokes and Chris Woakes, leaving the captain short of options. On the other hand, David Willey bowled his full term overs for the first time in ODI cricket for nearly two years, but according to reliable sources, it can be inferred that his bowler has swung the ball less on only two previous occasions in his England career. Therefore, when his ball doesn’t swing, he is indeed a luxury for the entire team. Further, Mark Wood needs to reach to be a shock bowler, while Liam Plunkett looked short of fitness and confidence in previous matches.

No matter what, England definitely has an edge over Pakistan and Australia, and are being considered as the favourites to win the 2019 ICC Cricket World Cup. But again, they can’t ignore India (2nd ICC ranking), which is the strongest team at present.