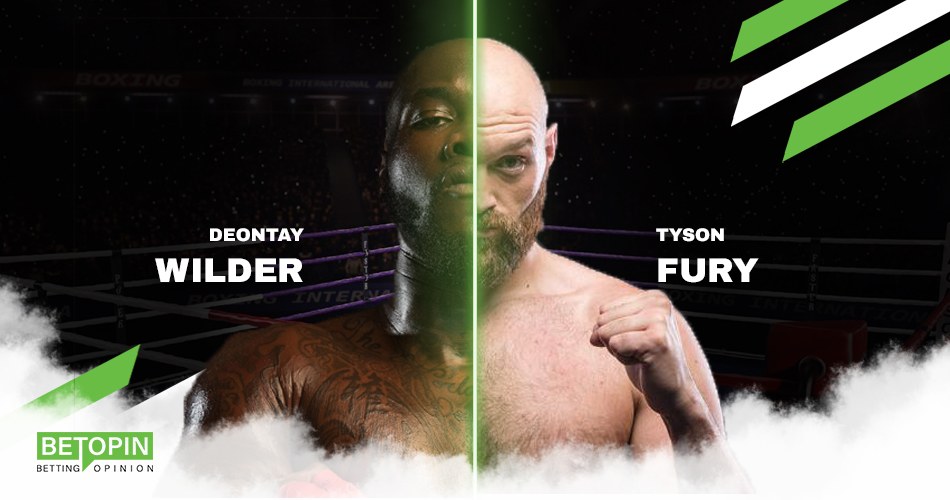 Early 2020 brings us the hottest fight of the year, potentially the last decade. Make no mistake, this is the fight everyone wants to see and will allow one fighter to go on and become a legend of the sport.

In boxing terms, there’s nothing like two great heavyweights going toe-to-toe, In financial terms experts are already predicting a bigger payday and more people watching Deontay Wilder v Tyson Fury 2 than Mayweather-Pacquiao. And for betting, you can get some great value, if you’re smart, and you can make a great night even better.

The first Wilder v Fury was a classic. The last fight of similar significance on U.S. soil was Lennox Lewis battling Mike Tyson in 2002. That’s how long it’s been since we have had such an important bout in the heavyweight division.

The fight didn’t disappoint, not in the ring and not at the Bookies either. Before the fight Wilder was the slight favourite at 4/5 with Fury at evens. Fury had been out of the game for a while and Wilder was the biggest puncher in the division. For many that gave him the advantage. You could have got as much as 25/1 for the draw.

And draw is exactly how the fight ended, with the judges scoring the bout:

It was a great fight because no one can actually say if a draw was a fair result or not. To the neutral, Fury out boxed Wilder for most of the fight, without doing a lot of serious damage. For example, Fury out-landed Wilder in 9 out of the 12 rounds. He was also much more accurate landing 26% of his punches compared to Wilder’s 17%. Wilder missed more in this fight than any other and many people believe that’s largely down to Fury’s footwork.

That’s why the result was initially met with boos from the partisan crowd. In terms of boxing, Fury seemed to be hard done by. But then there were the knockdowns.

In round 9 Fury got knocked down with a short left hook followed by an overhand right. It was not fight changing and the following barrage from Wilder ended in him punching himself out. The 12th round knockout was something altogether different. The right-left combination would have knocked out pretty much any other boxer, it was devastating. But not Fury, in a demonstration of will power and bloody-mindedness he got to his feet and finished the fight,.

The result was, the judges were split and both fighters promised a rematch. Those who bet on the draw were smiling all the way to the bank with 25/1 odds.

You need to pencil in the 22nd of February 2020 with the fight taking place stateside at MGM Grand Garden Arena, Paradise, Nevada.

There’s so much excitement already for this fight and both fighters have added spice with Fury saying:

“Last time was a controversial decision, this time I’m going to take him out, take it out of the judges hands and get the victory”

With Wilder quoted as saying:

“One fell on his knee, the other on his back, if you got any questions we run it back”

There are 5 ways this fight could go. We’ll walk you through each,and give you the odds of the fight leaning that way.

Starting with Deontay Wilder getting a knockout victory. This is one of the most likely of results. The boxers are still quite evenly matched and Wilder has won 41 of his 43 professional bouts with a knockout. He’s brutal. He’s the biggest puncher in the heavyweight division, switch off for a second and could be lights out.

The bookies most favoured odds for a Wilder win at 6/4.

Tyson is a great boxer because he able to knock boxers out, or out box them for the points win. 20 of his 30 fights were finished with a knockout. Having stated his intention to stop Wilder and take it out of the hands of the judges, you have to take a Fury knockout seriously.

Early odds have shortened after Fury’s comments. You’re looking at 7/2

Wilder is not known as an accumulator of points, he relies heavily on his power to stop fights early. However, for many he was lucky to get away with a draw the last time these two boxers met and with Fury’s elusiveness, he might have to look at other ways to win fights. If he was ahead on points, that might cause Fury to walk on to one of his punches.

This feels the most likely outcome, if you favour Fury to win the fight. Wilder has never been knocked out, but he doesn’t have the same boxing acumen as Fury, It’s very possible Tyson will keep scoring and moving, this time avoiding those knockdown punches to take victory

Expect odds of 11/8 for Fury to take this all the way and get the decision.

This would be outrageous. You would have to go a long way back in history to find 2 consecutive draws, especially between to marquee boxers like this pair. But it did happen once and the mitigating factors are in line for it to happen again.

It is again being fought in the US and home boxers tend to get scored more favourably. Fury is more likely to out box Wilder and Wilder could get a knockdown. There is every chance all those factors add up to another draw. Why not? It happened once already?

Although, it’s still the most unlikely of results with odds between 20 and 25/1.

This is one of the hardest boxing predictions of the decade. The boxer, vs the finisher, the brains vs the brawn. Of course it’s far more nuanced than that, these guys have remained unbeaten for over a decade. But still it comes down to that one question:

Will Tyson stay sharp and avoid the power of Wilder, or will Wilder catch him walking onto a punch and end his night early?

You can’t imagine that Tyson will get up from the kind of punch he got up from during the 12th round in the first fight. He has to stay away from danger the whole fight and if he does, then it should be his fight.

And that’s our prediction. Either a late knockout win for Tyson Fury or a points decision win.

Tyson managed to outbox and avoid Wilder after recently coming back out of retirement and shedding a load of weight to get in any kind of shape. After that fight, he’s in much better shape, he has a new trainer, he’ll build on what he did and we’re predicting he’ll avoid too much damage.

He will get caught, it won’t be plain sailing, but he’s proven he has a strong chin, but we’re predicting he avoids walking on to those overhand rights and hooks that have knocked out so many of the boxers that have come up against Fury.

Our prediction: Fury for the points decision at 11/8