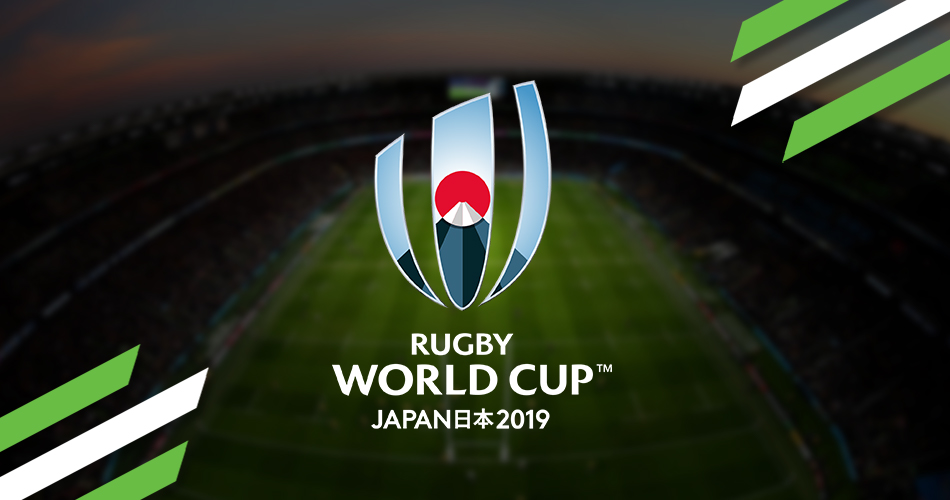 The Rugby World Cup is an international sporting event that takes place every four years and offers nations around the world a chance to come together in the ultimate rugby competition. The competition is run and administered by World Rugby, the international governing body of the sport, and the concept back in 1987 when sixteen teams were invited to participate. Since then, this number has risen to twenty teams, each taking it in terms to host. 2021 will see Japan take the torch as the teams battle it out to lift that trophy, and this will be the first time a country outside of the Six Nations, or traditional rugby nations of SANZAAR has hosted.

Qualification is a process that automatically offers places to some previous finalists; teams who finish third or better in the group stages of the previous tournament will automatically enter their successor. This fills twelve spots, with the remaining eight being awarded by region – there are eight teams for Europe, three for the Americas, five for Oceania, two for Africa, and one for Asia. The final place is determined through an intercontinental play-off.

The form of the top teams

As with any sports, there are a few names that are constantly tipped for success, and from whom great things are expected. This includes previous winners and victors, those with strong and internationally recognised players, and the preferred team backed by experts and bookies.

One way to get an idea of the strongest players is to consider the results of previously played matches; this gives us some indication as to how teams work together and those who may be serious contenders for the top prize.

As always, New Zealand is considered a serious threat to pretty much everyone, and 2019 looks set to continue this trend. They come off the back of a decent season and a history of success, and it could be that their formidable reputation alone is a psychological barrier to success, particularly for those who are set to play them in the group stages.

A team who may be able to give them a run for their money – provided they keep a clear head – are Ireland. Having tasted victory in the Six Nations, and enjoyed a series win in Australia, they should theoretically be riding high on a wave of success. Though they traditionally have a poor track record when it comes to World Cups, a team shake-up may mean that this is the year they come in harder and smarter, and it could prove a year of victory for the Emerald Isle, providing they are able to overcome a (perfectly understandable) fear of New Zealand.

Scotland may also be something of a dark horse in this competition. They have a strong reputation at home and have only lost once since November 2016. They have more than made up for this with 50 points on Australia, and wins against Wales, England, France, and Wales, making them strong contenders for the title. It is worth remembering, however, that they have also suffered their fair share of losses, finding themselves down against England, Wales, Fiji, and the USA. Japan, New Zealand, and South Africa are likely to prove their toughest rivals.

There are a number of big names whoa re sure to make a splash in the 2019 tournament, and this list does include a few wild card surprises.

Jayden Hayward – a consistent fixture on the Italian team, Hayward has consistently proven he has earned a place playing in the top tournaments. He can find space whenever needed and has more than proven his adequate proficiency in the air.

Joe Cokanasiga – there was never any doubt that this Bath native would be on the plane to Japan, given his record of success and proven strength on the wing.

Ilis Genge – with a great record against Italy, Genge is s sure frontrunner for the England team, having put in some massive hits and earning his stripes in every scrimmage.

Beauden Barrett – the 2017 New Zealand Player of the year has had something of a quiet couple of seasons, but he seems to have learned his lesson and looks set to make a roaring comeback for the 2019 competition.

Even the best players can be blighted by injury, and this has the potential to totally throw out a whole squad.

New Zealand is awaiting the recovery of Ben Smith after he was injured in a recent match, and is reported to be suffering from a hamstring injury – an area that could offer recurring issues and drastically affect his World Cup performance. Ireland is also facing issues with Connor Murray which could affect their chances of success, while Wales is facing a team with a history of injury which has historically affected their performance – they will be praying that this is the year that breaks the streak of bad luck.

We still have a few months until the Rugby World Cup kicks off, and fans will be keeping their eyes firmly on all matches between now and then, hoping to get an indication of the teams tipped for success. The Rugby Championship, which takes place in July and August, will be the best indicator of how the land is likely to lie in the World Cup and could provide valuable insights for both players and fans. It is a good idea to keep an eye on your favourite team and ride-or-die players, as you may pick up a few hints about what is to come in the future, and who is likely to taste success come September.

What teams are at the head of the market

As always, the two teams tipped for success are New Zealand and South Africa, and this is largely thanks to their historic success in the competition, and as a team overall. Ireland are also hot contender, but their main issue will be taking on New Zealand if they are victorious in the group stage. A new format and fresh blood do mean they may have a chance this year, and they are earning their place as ones to watch. Scotland are something of a wild card – though historically proficient, a spate of bad luck has seen them lose more regularly in recent matches, and there is a chance that this could affect their confidence and overall performance once the big matches start to hit. Conversely, they could pull it out of the bag and play their way to success.

To help give you a heads up, here are some of the top odds expected for Rugby World Cup (provided from Betway) winners this year:

Different ways to bet on the World Cup

Whether you are a seasoned rugby fan or are new to the world of sports betting, Betopin is a great guide to get you started. They pride themselves on reviewing all available options, and will only present you with the very best results in each category. This means that no matter your knowledge or experience, you can rest easy knowing that you and your wagers are in safe hands.

As with any sport, there are a variety of different ways in which you can place your bets on the Rugby World Cup, and the choice is ultimately down to personal preference. To help you out, we have put together a basic rundown of the most popular methods – why not make this the year you win big and enjoy the spoils of the competition, with none of the stress of the poor players!

Betting exchanges are a betting method which has completely transformed the landscape for online betting, and as this grows in popularity, so does the choice of gambling via a betting exchange. They offer an alternative to traditional sportsbooks – for the first time, punters have the opportunity to ‘lay’ bets as well as place wagers – or ‘back’ in the normal way.

A lay bet is essentially betting on something not to win. You will be betting against other punters, and so this method usually offers better odds and rates. It also allows you to match your own bet – basically offering a win for you no matter the outcome of the match.

Spread betting is another popular method, and this involves giving one of the teams a hypothetical advantage or disadvantage, for which they are either rewarded or deducted points. For example, if New Zealand were down to play Tonga and the former were a 13.5 favourite, Tonga would start the match with a point lead of 13.5. This means that if they win or lose the game with less than 13 points, you will win your bet. This is a great way to bet on less successful teams and still win your bet.

In any sport, a sportsbook is a place where gamblers can place their wager, and these work in a way similar to traditional bookmakers. They tend to be less popular than betting exchanges, but still have their place within the industry.