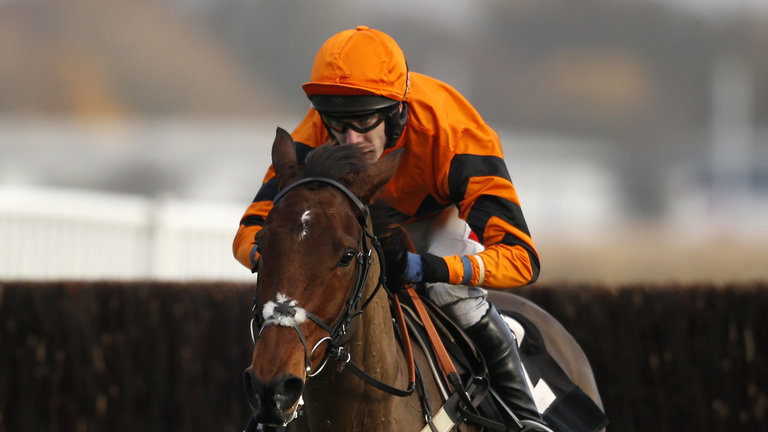 King George VI Chase Betting Preview
The team at Betopin have compiled a betting preview of The King George VI Chase which takes place at Kempton Park on Boxing Day 26th December. It is a Grade 1 steeplechase run over 3 miles and features most of this season’s top Cheltenham Gold Cup contenders.

You can use these Free Bets to wager on any sports, but they are not transferable to any of the other Betway products (ie Casino, Bingo, Vegas or Poker), which is fair enough, because the casino section has its own bonus. You need to choose which welcome offer you would like to accept, and then opt-in to receive it.

History of the King George VI Chase
The King George VI Chase is a Grade 1 steeplechase over 3 miles annually held at Kempton Park on Boxing Day, the 26th December. The event was first run in February 1937 and named in honour of the new British monarch, the Queens father King George VI. The race is held in the highest prestige and is only surpassed by the Cheltenham Gold Cup. It has long been the highlight of the winter racing calendar and is the mid-season target for many Cheltenham Gold Cup hopes.
The race has held many previous sponsors but is currently sponsored by 32Red who took over from fellow bookmaker William Hill in 2016.
Fourteen horses have been successful in the race more than once, with legends of national hunt racing such as Desert Orchid, a four-time winner, and Kauto Star, the record holding five-time winner, being crowned Kempton Christmas champions.
Paul Nicholls holds the record for the most wins of any trainer with 9 victories, the legend Kauto Star accounting for 5 of those wins. Silviniaco Conti and See More Business both also won twice for the Champion trainer. Next on the list come François Doumen and Fulke Walwyn on 5 victories a piece. Walwyn won with the great Mill House in 1963, while French based Douman was a frequent visitor to the UK during his time as a trainer and collected this prize with the like of The Fellow in 1991 and 1992. Whilst he also won the first race in the new millennium with First Gold.

Our team at Betopin.com have created this infographic to give you an overview of the King George VI Chase.

Where to bet on the King George VI Chase
Most top sportsbooks will offer betting on the King George VI as it is such a big race in the jumps racing calendar. Betting exchanges Matchbook, Betfair, Betdaq and Smarkets also offer ante post markets on the race and spread betting sites such as Sporting Index and Spreadex have markets available.
The win market is mainly the only market offered ante-post with bookies offering a range of prices on horses. Each way terms tend to be pretty poor in the ante-post markets however so be such to check what your bookie is offering you.
Come the day or week of the race, once the declarations are out, multiple specials markets will be offered. On Betdaq you will find place betting for 3,4 or even 5 places depending on the size of the field. As with all the exchanges you have the chance to back or lay your selection in all of the markets.
Traditional sportsbooks will offer markets such as match betting, where it is a straight shoot out between two horses, normally ones at the head of the market. If your selection beats the other horse home then you win, regardless of your horses finishing position in the race.

2018 King George VI Chase Betting Preview
The 2018 renewal of the King George VI Chase looks set to be a classic with last seasons Cheltenham Gold Cup first and second, Native River and Might Bite set to renew their rivalry. Might Bite supporters will be hoping that he can bounce back from a disappointing reappearance in the Betfair Chase at Haydock Park. That was a race in which last season’s Cheltenham Gold Cup winner, Native River, also made his seasonal reappearance and finished an encouraging 4 lengths second to Haydock Park course specialist Bristol De Mai. The popular grey is being aimed at the King George VI Chase this season too and it will be interesting to see if he can transfer his Haydock Park form to Kempton.
Another grey, dual Grade 1 winner Politilogue, steps up to 3 miles for the first time having stayed on well to win at Ascot over 2m5f. He’s shaping as if he will get this trip, especially around a flat track like Kempton. He runs in the same colours as 1996 King George VI Chase winner One Man who had a similar profile, not quite staying an extended 3 miles but he was able to last home around Kempton.
The 2016 winner of the King George VI Chase, Thistlecrack, made a very eye-catching comeback in the Betfair Chase at Haydock. He has had his injury problems in the last two seasons but prior to that looked unbeatable over staying distance over hurdles. If he can be kept sound and come on for his seasonal reappearance then he would have a very good chance, providing all of his ability remains.
The unknown quantity in the field is undoubtably Waiting Patiently. The Ruth Jefferson trained 7 year old is unbeaten over fences and proved he has what it takes to compete at the top level when easily beating Cue Card by 7 lengths at Ascot in February. He was subsequently injured and hasn’t run since, but he proved that day that he has the talent and the question will now be can he step up to 3 miles of is he a middle distance horse.
Of the outsiders, one that is interesting is Tea For Two. His record at Kempton is three wins from five runs, with the two defeats coming in this race in the last two seasons when he has only been beaten 3 lengths on each occasion. The now Jane Williams trained 9 year old, had his first run of the season in the Peterborough Chase where he stayed on gallantly to be third over an inadequate 2m 4f. That was also his first run after a wind operation, if the run can bring on his fitness and his confidence that breathing is easier then he could well outrun his odds.

Predictions
It is fair to say that this years King George VI Chase is an open renewal. Last years winner Might Bite heads the market at 3/1 but he has a question to answer now after he quickened so fast in the closing stages of the Betfair chase at Haydock. If he comes back to form then he would be the one they all have to beat with his good record at Kempton a positive.
Waiting Patiently is the unknown quantity in the race and he has the potential to put himself firmly at the top of the Cheltenham Gold Cup market if he were to win this. He certainly has the ability as he showed when winning at Ascot, however, the step up to 3 miles is unknown and we would like to see him prove this before betting on him. The Ruth Jefferson trained Grade 1 winning chaser has also been on the side lines since February, so if you are inclined to have a bet on him it would surely need to be when declarations are in or when there are non-runner no bet concessions from bookmakers.
To us at Betopin we think Thistlecrack’s comeback run was near on perfect. He looked to blow up on the turn in to the straight in the Betfair Chase at Haydock but then ran on nicely under a hands an heels drive from Tom Scudamore. The King George VI Chase will be 32 days after his run in the Betfair Chase which should give him the perfect amount of time to come on for his first run this season. He is a previous winner of this race, in 2016, and is still lightly raced for his age. At 7/1 he offers each way value, however, as with Waiting Patiently he has had his injuries over the past two season and we would suggest not having a bet until bookmakers offer non runner no bet terms or the declarations are out.
Betopin’s outsider to back would definitely be Tea For Two. He has shown a clear liking for the course and has run blinders in this race in the last two years at 25/1 and 20/1, being beaten only 3 lengths each time. He made a pleasing comeback in the Peterborogh Chase over 2m4f and will surely come on for that like he has done each season. Hopefully his wind op will have helped him too and it is often the case that horses will improve on their second run after a wind operation once they know that it is easier for them to breathe in the later stages of a race. He is as big as 40/1 with several bookies and with this the confirmed target he could well pick up the pieces if some of the more fancied runners were to either not run or not perform to their best on the day.

You can use these Free Bets to wager on any sports, but they are not transferable to any of the other Betway products (ie Casino, Bingo, Vegas or Poker), which is fair enough, because the casino section has its own bonus. You need to choose which welcome offer you would like to accept, and then opt-in to receive it.

Aideen O.
Obsessed with the sport and bet relates, Aideen is responsible for the editorial direction of Betopin and has covered sports for more than 15 years. He became editor-in-chief of the site in 2013. Aideen specializes in covering all things sports & casinos, having reviewed dozens of sportsbooks and casinos. Aideen was previously reviews editor at other sports sites, and his work has appeared in Important sports portals. Email: aideen@betopin.com 40 Patrick St, Waterford, X91 X3KF. 353-653-83514
Top

Bingo: 3 ways to increase your winnings

How to Win at Betting – The Ultimate Guide

How to Use Sports Betting Trends When Betting on Football

How to Bet Smart When Betting Online