WOW vs Fortnite? – Epic hits out at Blizzard for curbing free speech 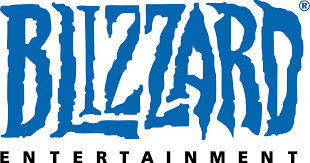 Over the weekend, an extremely controversial action was taken by Blizzard to ban Heartstone player Ng “Blitzchung” Wai Chung after voicing his support for protestors in the Hong Kong protesters.

“Blizzard shows it is willing to humiliate itself to please the Chinese Communist Party,” Sen. Ron Wyden (D-OR) said. “No American company should censor calls for freedom to make a quick buck.”

“Recognize what’s happening here. People who don’t live in China must either self-censor or face dismissal & suspensions,” Sen. Marco Rubio (R-FL) said in a tweet on Tuesday. “China using access to market as leverage to crush free speech globally. Implications of this will be felt long after everyone in U.S. politics today is gone.”

On Sunday, just after he finished a Grandmasters match, Ng “Blitzchung” Wai Chung, who was sporting a Hong Kong style protester-style mask said, “Liberate Hong Kong. Revolution of our age!”

Not long had passed when Blizzard, Hearthstone’s publisher issued a statement saying, “While we stand by one’s right to express individual thoughts and opinions, players and other participants that elect to participate in our esports competitions must abide by the official competition rules.”

Blizzard ban on Blitzchung come into effect as of October 5th, and whit that they are withholding any prize money he would have earned and banned him from competing in any competitions for one year.

Epic Games come out in support

Epic Games, developer of Fortnite has also released a statement on the matter.

“Epic supports everyone’s right to express their views on politics and human rights. We wouldn’t ban or punish a Fortnite player or content creator for speaking on these topics,”

Not long after Blizzard responded to the criticism in a statement saying, “by one’s right to express individual thoughts and opinions,”

Since all of this has become public the company’s own forms has been hit with messages from angry fans all in support of Ng “Blitzchung” Wai Chung. With this fan are planning a boycott of Blizzard games such as World of Warcraft, Overwatch and Hearthstone.

How will this play out for Blizzard? Will they turn over their decision? Get the latest odds from the top eSport betting sites by clicking here.