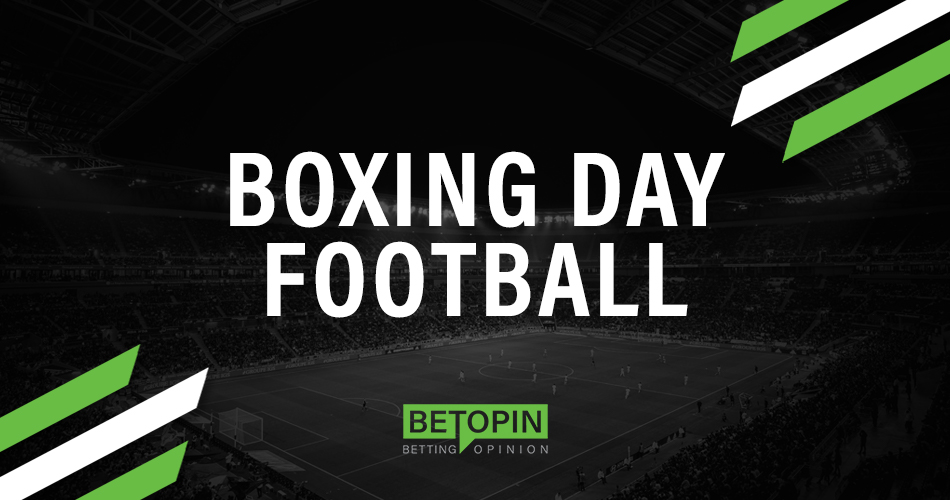 The Christmas football season is now well and truly underway after last weekend. The games come thick and fast this time of year, for betting fans and fans alike it’s a super time of year. Its hard graft for the pros so the odd upset shouldn’t be expected in so many games condensed into such a short space of time. Maybe Liverpool might finally drop a few points and start to make the season a bit more competitive! Or maybe Man United and Arsenal can finally gain some consistency over a couple of results, either way, I will be trying to find you, winners, to spread the Christmas cheer through your wallets as-well-as your homes. Spurs and Man United had terribly results over the weekend both loosing and showing very little in their respective games, Arsenal stopped the rot a little but still wasn’t the result their fans are looking for. What has boxing day in store for us all and can we make some money from the bookies!

Two sides coming of bad results the weekend. Brighton, however, is in the greater scheme of things not doing too badly for a club of their stature currently in 13th place. They had a poor result at home over the weekend but that was against Sheffield United who is flying high and would be many people’s idea of the big surprise in the Premier League this year.

Spurs are a bit of an enigma the last few months. Sacking their manager and bringing in Jose Mourinho had seemed to do the trick with an up-turn in results for Spurs and their fans. At the time of writing though Spurs have been very much outplayed by Chelsea at home. A convincing Chelsea 0-2 win leaves a lot of questions about Spurs and what kind of form they are actually in. A closer look shows they have lost to Liverpool, Man United and now Chelsea over the last few weeks. Their results over what would be considered the lesser teams make for much better reading. A draw and 3 wins over the last four games against those teams. Spurs should be able to brush off their Chelsea result and get back to winning ways here at home, it would be a big surprise if it wasn’t a strong performance and win.

Leading up to their big win over Spurs, Chelsea had lost 4 out of their last 5. Their performance and the result were a surprise considering Spurs were at home and had a bit of momentum building with a couple of decent results and Jose Mourinho in the dugout. The Spurs result might have set Chelsea up for a good run over the Christmas period and with the likes of Willian, Tamy Abraham and Mason Mount playing great football, Chelsea fans should be excited about this game.

Southampton put it all together and destroyed Aston Villa Saturday afternoon 1-3 at Villa Park. The result moved them ahead of their fellow strugglers and out of the relegation zone into 17th place. They have won 3 of their last 5 and are on playing a lot better now than earlier on in the season. Even so, it would be a brave man to pick Southampton to beat Chelsea at Stamford Bridge. This looks like an easy Chelsea win after their brilliant results against Spurs on Sunday evening. I can see Chelsea winning this by a clear couple of goals of more.

Score Prediction – Chelsea 3-0. Betway will give you the best odds for this at 19/2

What used to be a battle of two top teams in the Premier League with many classics played out throughout the ’90s between both teams when they were fighting and scraping for the Premier League title. How times have changed. Newcastle is happy to survive in the League season to season while Man United’s result gets worse and worse every year and are in real risk of falling into mid-table obscurity.

In terms of form for both teams, Newcastle is arguably in better form, winners of 3 of their last 4 matches and now sitting one place behind United at ninth in the league. They don’t score a lot but they manage to squeeze out results both at home and away. Man United hit a new low Sunday lunchtime losing to bottom of the table Watford. What is super frustrating for United fans is this is the same team that managed to beat Man City and Spurs just a few weeks back. In terms of points won at this point in a Premier League season United now officially has the lowest ever since its beginning. That is a shocking statistic and reality for a team as big as Manchester United. Ole is now tittering on the brink and if he isn’t sacked by this game if he loses at home to Newcastle that could be the end of his job.

Man United are just not in good enough form against the smaller teams and I am going for the upset win for Newcastle here if Ole is still in charge.

Best Bet – Newcastle to win at 8/1 with Paddy Power

Tough two games for Leicester after facing Man City on Saturday they are at home to Liverpool in the game of the day. An evening game too which will be great for the gambling and celebration day that it is. I’m sure the pubs will be packed for this one. This game pits first and second in the league against one another and it is a must-win for Leicester if they are truly to challenge for the league title. They get to face Liverpool after they travel back from winning the World Club Championship. The games come thick and fast for Liverpool and this might very well play into the hands of Leicester.

On all known form Liverpool is the better team. Unbeaten so far in the league and topping they table they are setting the bar and it is very high. This is the game though that Liverpool might be vulnerable in. The travel and the elation of winning another trophy, their minds might not be fully focused and Leicester will look to take advantage of this. Jamie Vardy is playing like the best striker in the Premier League at the moment and it would be no surprise to see him add another goal to his tally after a sublime finish against City over the weekend. I am going for the upset in this one.

Score Prediction – Leicester 2-1, Betway will give you the best odds at 49/4