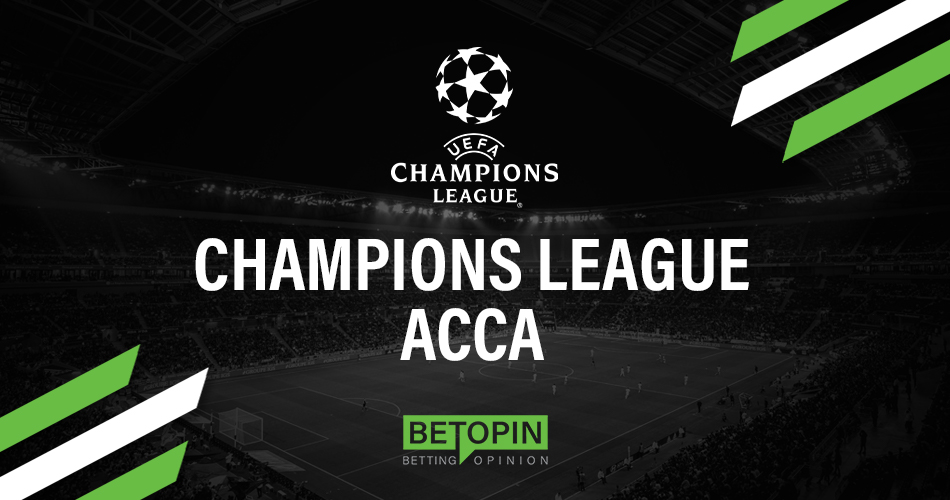 On paper, PSG is the new Galacticos. They have an attacking line up that includes: Neymar, Mbappe, Icardi, Cavani, plus the likes of DiMaria, Paredes and Draxler providing them service.

Historically they tend to do well during the qualifying groups, they’ve yet to go really deep in the Champions League. A lot of that may be due to their lack of real quality competition week-in, week-out so they come into tight matches undercooked.

It’s the knockout stages and it’s again time to see if Paris Saint-Germain can deliver on the biggest stage.

There is plenty of chatter that this could be their year. They’ve always had class and quality, but now they have such depth, with players like Draxler and Cavani coming off the bench. That can be demonstrated by the way they sailed through the group stages, drawing with Real Madrid away and thrashing them 3-0 at home.

Borussia Dortmund tend not to be one of the powerhouses in a financial sense, they rarely break the bank with big-money signings, but in terms of results and consistency, they deserve to be at the top table and will cause any of the top team problems…

At home, they’re a really tough proposition. The Westfalenstadion holds over 81,000 and supporters are passionate and loud. It’s a difficult place to go and get a result. Add to that, a young dynamic team that plays with no fear and they are really in this competition to win it.

Julian Brandt and Jadon Sancho provide the spark and Hummels with a calming influence at the back. They’ve done some great business over the January window adding German international Emre Can and perhaps the hottest young striker in Europe Erling Haaland, who has scored 36 goals in competitive matches this season. And it’s only February.

It’s one of the cliches where your head says Paris but, your heart probably goes for Dortmund.

PSG are strong favourites for this one with 1 / 3 odds but I like Dortmund at 9/4. There’s dissent inside the PSG team, they are often undercooked whereas the Bundersligue has 3-4 strong teams this year. I expect Dortmund to take the lead and for PSG and win this one and for PSG to feel the pressure in the 2nd leg and end up being picked off on the counter.

Young Athletico superstar João Félix was recently reported as saying that this was the one team that Athletico least wanted to face. and it’s easy to see why.

Liverpool has made the Champions League Final the last two seasons, winning most recently.
But Athletico has its own pedigree. This is by no means an easy tie and it takes a brave man to call the winner.

Athletico is in a period of evolution. They’ve sold on some of their more ageing players, especially defensively and with their new recruitment, they’re looking to play a more expansive style of football.

It’s not the finished article but when they get it right, they are a match for anyone. They have the aggression and energy of Diego Costa, combined with skills and subtlety of superstar João Félix, ably supported by Koke, Yannick Carrasco and Saúl Ñíguez from midfield.

In fact, their squad is so strong, they have barely noticed that new signings like Thomas Lemar have failed to have the impact they were expecting.

Liverpool, on the other hand, are essentially the same team that won this competition last year. But similar to fine wine, they seem to get better with age. In the league, they have not lost all season. In fact, they’ve only drawn once.

They’ve not been as consistent in Europe this year but then last season they did it the hard way almost losing to Napoli in the group stages and having to turn around a 3 nil deficit against Barcelona in one of those great Champions League nights.

It wouldn’t be surprising if Athletico Madrid won. They have got the players to beat anyone on their day, and that includes Liverpool. But the reds just seem to have the habit of winning and in the last two seasons they’ve had the 2nd leg at Anfield and that’s almost like having another player.

For the first tie, we really like the score draw, with 23/10 odds. But for the tie, it will probably be a Liverpool win and the odds agree at 1/3

Chelsea is a team in transition so many of their fans are just happy to still be in the Champions League as we get to the knockout stages. They are a young dynamic team who play with no fear. With Rudiger back, together with Kante and Tammy Abraham, they have a strong spine and players like Wilian and Pulisic have the ability to unlock defences or break on the counter.

Lampard might be an inexperienced manager but as a player, he was right at home in their latter stages of Europe’s top competition and they are in a position where there aren’t a lot of expectations on them. They can go out, play their own game and maybe cause an upset.

Bayern on the other hand perhaps finds themselves in the exact opposite situation. They have underperformed in Europe recently, this year they are not racing away with the league, which they normally are by the time February comes round and they’ve had to try and freshen up an ageing squad.

Frank Ribery and Arjen Robben have moved on, Hummels has returned to Dortmund and they’ve picked up a couple of Germany’s “next generation” in Goretzka and Sule to provide the spark.

As much as they don’t seem to be having the league their own way this year, their squad looks to have a better balance with less reliance on individual players. Lewandowski has been in red hot form this year, scoring 32 goals already, including 10 in the Champions League. But they have a variety of x-factor players like Coutinho and Gnabry, who dismantled Spurs earlier in the competition.

The smart money is on Bayern to continue in the competition, they have just too much across the squad. Chelsea have a good starting 11 but behind that, they would struggle if they picked up a couple of injuries.

The bookies agree with odds of 10/11. I like the odds of Bayern winning and both teams scoring at 12/5

AC Milan (and Rangers) legend, Gennaro Gattuso, is now at the helm and Napoli has picked up his stubbornness. They made life very difficult for Liverpool again this year, as they did last Champions League.

Koulibaly is pound for pound, one of the best defenders in the world and can keep players like Messi relatively quiet should he venture to the right side of the defence. And upfront they have an array of talent. They have the pace of Dries Mertens, Power of Arkadiusz Milik and the guile of Lorenzo Insigne all as attacking options, plus the goal-scoring threat of Hirving Lozano.

There’s plenty of chatter around Barcelona right now with Eric Abidal having come out and questioned the player’s attitude and Messi having fired back, via social media, which almost makes Abidal’s position untenable. Especially as Messi could walk away on a free transfer at the end of the season.

So lots of drama behind the scenes. On the field, they are hardly setting the world alight by their own very high standards, but still, Messi tops the La Liga scoring charts, and Suarez has also been prolific. Antoine Griezmann is starting to fit in well, getting better and better and Ansu Fati has been the surprise package this year.

There is absolutely no value in picking favourites Barcelona if you fancy a punt. They are evens with many bookies. Napoli actually have a chance, Barca are not infallible, so there doesn’t seem any value with that bet.

A 1/2 away win is a decent bet at 7/1 odds, because Barcelona scores two or more goals in over 80% of games and they are prone to concede.