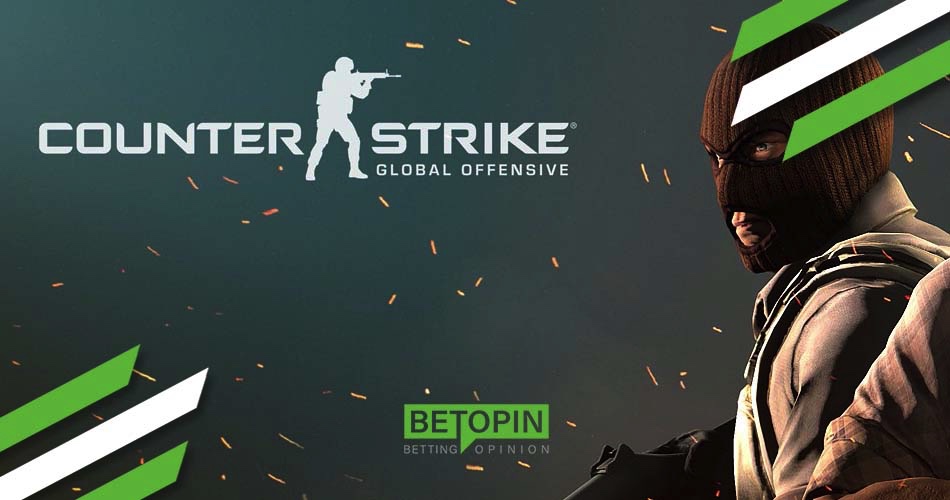 Global Offensive: Many licensed and legal esports gaming betting sites in 2020 offer betting on CS:GO. The majority of wagers focuses on professional esports players and organised tournaments. CS:GO has become of the most popular and successful first-person shooter games of all time. It is also one of the biggest esports online globally. Counter Strike: Global Offensive is the fourth instalment of this game developed by Valve that has led to many competitive video game competitions and tournaments. Our top CS:GO betting sites are:

Starting out with CS:GO betting sites

€/£10 Risk Free Bet
T&C’s Apply
#ad
Claim Offer
PaddyPower Review
Open a new account using promo code YSKAEQ. Deposit a minimum of €/£10 using a Debit/Credit Card or Apple Pay. Place a Sportsbook bet. For the purposes of this promotion, your first ever bet will be counted as the qualifying bet, and if that bet loses you will be refunded your stake in CASH.
4.7

Having become one of the top five most popular esports titles globally. CS:GO is now one of the most successful multi-player first-person shooter games in the world. Valve have invested heavily in their product making CS:GO their flagship FPS game, which now sees competitions selling out hosted in stadiums with million dollars payouts at stake.
This guide was put together to help educate you on betting properly and safely on CS:GO. If you want to place a bet on your favourite team or maybe your favourite player in their next match this guide is aimed at you. Familiarise yourself with all things betting from markets and gameplay terms on CS:GO.

2020 is another big year for CS:GO and some events to look forward to are:

The ESL Pro League in our opinion is the most exciting competition in 2020. It is a US-based competition pitting 24 invited team from all over the world against each other. Betting would have been available prior to the beginning of the tournament at all the top CS:GO betting sites and match  CS:GO betting is also available.

Fans will be happy to hear the betting for Counter-Strike: Global Offensive are readily available at all the usual and major top-rated online betting sites. This is because of its growing popularity throughout the world and the constant stream of major and minor events held during the calendar year. We have spent time reviewing and tested many different betting sites across various countries throughout the world so that you know the safest and best sites to place your bets on CS:GO. Check out our review on these for further information and to find out if you can bet from your region.

For the majority of sportsbooks and bettors alike the most popular bet is a straight win match bet (which team will win) but there are many other types of bets available that the more knowledgeable fans can possibly take advantage off. If you are looking for more bang for your buck these might be the best for you. Be sure to have a glance at our beginner’s esports betting guide for all the basics on how to place a bet on an esports betting site.

The main betting markets available on CS:GO esports competitions and tournaments are as follows:

Draw – You are placing a bet on if the result is a tie score.

Group of Winner – You are placing a bet on which group contains the overall winner of the tournament.

Handicap Bet – A team will have a handicap advantage or disadvantage and you are placing a bet on this. For example, if I place a bet on Team A, which has a 4-round advantage from Team B and the overall score is 6-9, with that handicap Team A wins 10-9 and so you have won your bet.

Over/Under – Sportsbooks will predict a statistic in given games. You are placing a bet on the number the sportsbook predicts for that specific stat. For example, it could be total number of kills, first to certain amounts, etc. You are betting against what the Sportsbook thinks the number will be.

Region Winner – If the tournament separates teams by region you are backing the region you think will win.

Total Rounds – If you think the match will go over a certain number of rounds you are backing against the overall number you think.

There are also a few more outlandish types of betting markets for CS: GO available at online and mobile sportsbooks.

Map Betting – You are placing a bet on the team that has the best performance on the map being played on, such as Dust2 or Train.

First Blood – You are betting on who scores the very first kill.

Knife Round – You are betting on who has the first kill of the Knife Round which then determines the team’s starting side.

Knife Round/Pistol Round – When the Knife Round is available you are betting on who scores the first kill.

Top Fragger – If you have an inkling on the player that scores the highest at the end of a specified map or match you are betting on this.

Usually, the valve will run two events each year that will be classified as Majors and these CS:GO events will have massive prize pools of over a million US dollars. The 2020 Majors are:

First Major of the year is staged in May. Details are still to be announced. The tournament will consist of three stages, The New Challengers Series, The New Legends Stage and The New Champions Stage. The entire event will take just under two weeks. Around the time of the majors the betting for CS:GO ramps up with more offers, markets, promotions and odds at the time of these tournaments.

Second Major of the year is held in November with details to be announced however, it will feature many of the top players in the world. This event also boasts a million-dollar prize purse and is run in three stages like the Spring tournament. This culminates in a single-elimination bracket, which matches after the quarter final a best of 3 series. This is the biggest CS:GO event of the year.

Soon after its initial release in 2012 CS:GO Established itself as a serious esports and in the years that have followed it has quickly risen to the of the esports circuit. It’s highly competitive multiplayer design and gameplay have pushed it to the top of the esports games. Tournament professional gaming organisers like the Electronic Sports League, Intel Extreme Masters and Major League Gaming host CS:GO tournaments throughout the year and prize pools have now ballooned to over the $1 million dollar mark.

Valve and its flagship product Steam, have worked hard to stamp out online cheating which has continued to the esports scene around CS:GO. One big measure was introduced in 2017 – The Trust Factor. It takes into consideration players in-game actions, have they been reported for cheating and encompasses the wider Steam network, where your actions can impact your Trust Factor.

On December 6, 2018 after a patch update Valve announced that CS:GO was free to play. Those who already had the game were given ‘Prime’ status as a way of a thank you. Other players can upgrade to this status. Around the same time Valve introduced an offline version, where you can play against bots without the need for internet connection. Danger Zone, a new game with a Battle Royal format was also introduced.

Valve organizes and also co-sponsors many of the esports events for CS:GO called ‘Majors’. These competitions boast the biggest prize pools.

In November 2019 Operation Shattered Web was released, which is very similar to other new operations previous. A new battle pass system, characters and other features were included in this update.

The 2019 esports season was dominated by the Danish powerhouse Astralis. They managed to win both the StarLadder Berlin Major and the Katowice Major. Astralis also won the final CS:GO major of 2018 which firmly put them as the team to beat in the 2020 CS:GO season.