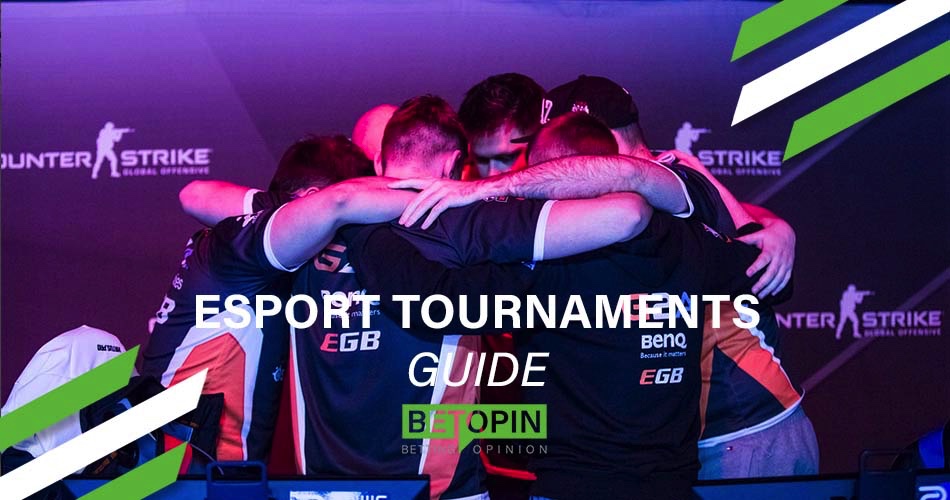 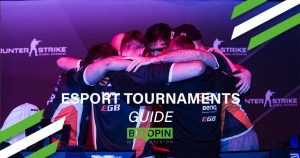 Esport gaming tournaments and betting have always been a huge part of the esports world. Competitive gaming has become a billion-dollar industry. Over the past number of years, Esports has become an online sensation, a worldwide phenomenon with sold-out stadiums to record-breaking prize money pools. With that comes online betting on all Esport Tournaments.

WHERE TO BET ON ESPORT TOURNAMENTS

€/£10 Risk Free Bet
T&C’s Apply
#ad
Claim Offer
PaddyPower Review
Open a new account using promo code YSKAEQ. Deposit a minimum of €/£10 using a Debit/Credit Card or Apple Pay. Place a Sportsbook bet. For the purposes of this promotion, your first ever bet will be counted as the qualifying bet, and if that bet loses you will be refunded your stake in CASH.
4.9

GAMING TOURNAMENTS – WHEN DID IT ALL START?

Way back in 1980 you will find one of the first big video gaming competition for the now-classic, Space Invaders Championship. Over 10,000 gamers competed for the Atari 2600 title, and in doing so this was the first major step in putting gaming in the eyes of the public.

Roll on 17 years later and you will find the first example of the gaming tournament that we know and love to this day, and that tournament was the Red Annihilation. Not only did we have the top 16 Quake players battling it out in one on one combat.

But 1998 might just have been the turning point for video gaming tournaments as we know it today was when Bizzard Entertainment released StarCraft: Brood War. South Korea was the first to latch onto StarCraft and by the end of 2007 StarCraft II events like the MBCGame StarCraft League (MSL) and the OnGameNet Starleague (OSL) proved that reaching high production standards and six-figure prize pools for Esport tournaments was now a real possibility.

Here we have put 3 of what we think are the top Esport tournaments right now. This was not an easy choice as games like FIFA 20, Fortnite and NBA 2K just missed out.

But, the 3 games that we pick have high viewership, extremely good production value and gameplay of the highest level.

This has not been an overnight success that some people might think, it has taken years of loyal fan and huge payers to get it to where it is today. But now with all that behind them, you can now throw in a $6.45 million prize fund and the best League of Legends players in the world all under one roof and you have got yourself a worldwide phenomenon.

A peak of 1.8 million viewers saw Counter Strike: Global Offensive become one of the most viewed tournaments in recent times.

Yes, it doesn’t pull in the same number of League of Legends, but, every Major comes with a $1 million prize fund and the fact that there are several GS:SO Major Championships a year definitely evens out the scale. Been crowned Major Champion is considered the highest achievement among Counter-Strike pros

The International plays a similar role in the world of Dota 2. The peak of 15 million concurrent viewers might not look that impressive if you compare it to Worlds, but it’s still a huge number that some of the largest esports tournaments could only dream about having. Especially when you consider that Dota 2 is one of the most difficult games out there.

But what makes it stand out is its prize fund of $25 million, in so making it the highest paying event in Esports history.

The Esports community is growing at a rate of knots. You don’t have to go back far to find near-empty arenas, but, now you will find it had to get a seat in theses prestigious tournaments. Mark my words, the Esports universe is only going to get bigger and bigger.