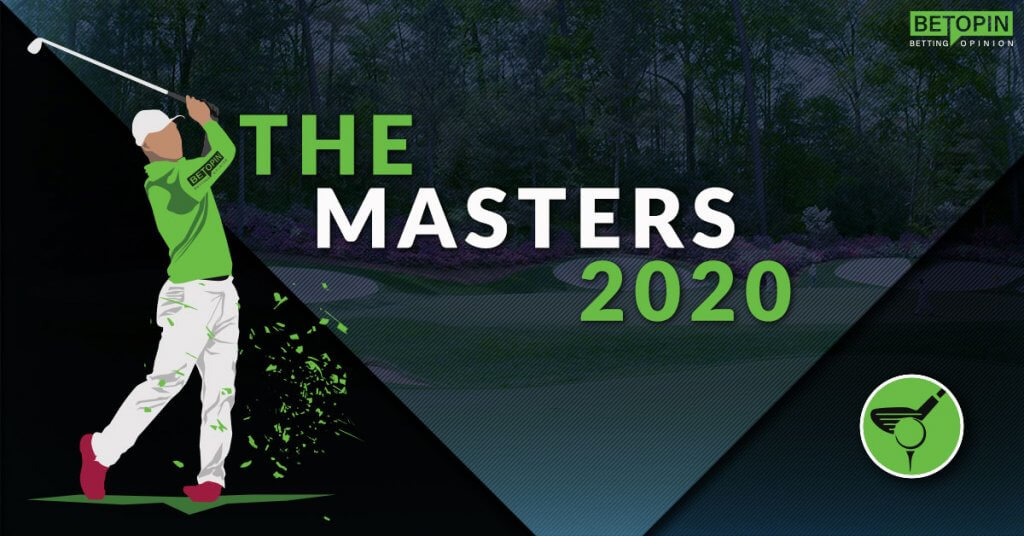 The 2020 Masters Tournament is finally upon us. Originally scheduled for April, the tournament had to be postponed due to the COVID-19 pandemic. After months of planning and deciding that the tournament could be held without spectators in attendance, it was decided that the 2020 Masters will be played November 12-15 at Augusta National Golf Club in Augusta, Georgia.

This year’s field will consist of 95 players. In this preview, we will give you a breakdown of some of the biggest favourites while also talking about a couple of underdogs that might come out of the shadows and surprise everyone. We will also give you the odds and suggest where you can enjoy betting on the 2020 Masters.

The 2020 Masters will be packed with some of the best golfers of this generation, and experts estimate that the tournament will be very unpredictable given the circumstances. Nobody can agree on the clear favourite to win it all, but most bookmakers have given the lowest odds to Bryson DeChambeau, followed by Justin Thomas, Jon Rahm, and Rory McIlroy.

After a rather dominant performance at this year’s US Open, many see Bryson DeChambeau as the number one favourite to lift his maiden Masters trophy. The 27-year-old American just recorded his first major victory at the US Open in September after he beat Matthew Wolff by six strokes, propelling him to the fifth spot at the Official World Golf Ranking. The bookies give DeChambeau odds of 9/1, which doesn’t make him a clear favourite, but a favourite nonetheless.

After DeChambeau, the line blurs a little bit as to who has the best chance of winning this year’s Masters. Several high-ranked players are given similar odds, and the first in line is Justin Thomas with 12/1. DeChambeau’s age-mate and winner of the 2017 PGA Championship has had a solid season so far, having a T8 finish at the US Open and being named the 2019/20 PGA Player of the year. If anything, Thomas is likely to have his first top 10 performance at the Masters, as his previous best was T12 in 2019.

So far in his short professional career, Jon Rahm Rodriguez has been the epitome of the phrase “close but no cigar”. He has had top 4 finishes at three of the four major championships, including a fourth-place finish at the 2018 Masters. However, many predict that this could be Rahm’s year. The soon-to-be 25-year-old Spaniard (celebrates his birthday two days before the start of the tournament) has reached the number one ranking in July of this year after winning the Memorial Tournament and stayed at the top for four weeks. The bookies give him odds of 11/1.

The most experienced player of the bunch, Rory McIlroy must always be given respectable odds for winning any tournament, and this year’s Masters is no different. Wee-Mac always has special motivation going into the Masters, as this is the only major tournament missing from his collection. His previous best was fourth place in 2015. A good result at this year’s tournament will give McIlroy a chance to climb back to the number one spot in the rankings after he was toppled John Rahm in July. The current odds for McIlroy to win it all are 12/1.

A tightly-packed competition at this year’s Masters tournament could potentially create a scenario in which one of the outsiders could win the prestigious trophy at the Augusta National Golf Club. Of course, with a field of 95 players, many are considered heavy underdogs and were given odds of over 1,000. But we won’t talk about these players, but will instead focus on some slight underdogs that at least have a realistic chance of winning.

In our minds, the best candidates here are Tiger Woods and Web Simpson.

In these late stages of his career, we are used to seeing Tiger Woods not being among favourites to win a major. However, Woods surprised everyone by winning the last year’s Masters tournament (his first major win since 2008), making a strong claim that it’s still early for people to rule him out completely. Can he pull off another upset? Well, the bookies don’t think that’s very likely, considering that the odds on Tiger Woods are in the 30s (currently 35/1 on Bet365). Woods didn’t make the cut at the US Open this year and had one of the poorest major tournament performances at the PGA Championship, finishing T37. He’s still without a victory in 2020.

This is another experienced golfer that doesn’t stimulate a lot of talk in the last several years, but Webb Simpson has actually had more than a decent year so far. The 35-year-old American has two wins and five top-10 finishes in 2020, while also achieving his highest ranking in July (number 4). Last year was also his best Masters showing, as he finished T5. The odds for Simpson to win are 30/1.

We can say without a doubt that the 2020 Masters tournament will be the one to remember. The tournament will be held in November for the first time and will have no attendance, but this is exactly what might create a perfect setting for an underdog win. While DeChambeau is the statistical favourite, the odds are still fairly high for him to win, so betting on this year’s Masters could be as interesting as the tournament itself.