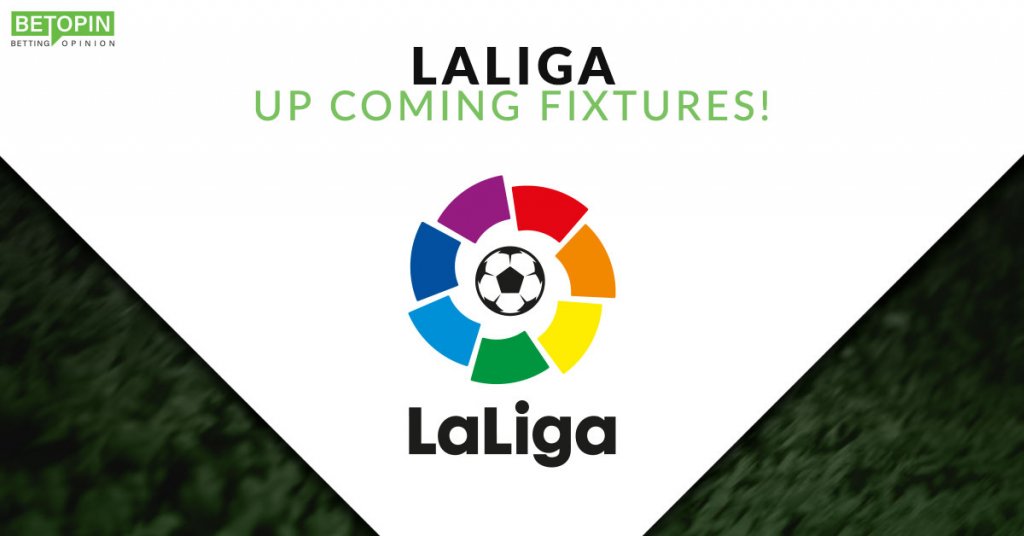 With four wins on the bounce and two games in hand over city rivals Real Madrid, Atlético Madrid has taken them to the summit of the La Liga table with a clear two-point advantage.

This week they host Athletic Club (play Barcelona on Wednesday) in search to extend their advantage over their main challengers. Real Madrid faces a tricky tie away to Osasuna and it’s not a football betting formality that they will come away with the 3 points.

As for the rest of this week’s football fixtures, Barcelona travels to Athletic club on Wednesday and from a betting perspective, this is an extremely hard game to call.

Week 2 features a match on Wed Jan 6th, where Barcelona will travel to Bilbao to battle Athletic Club in a La Liga match. In their last match, Athletic Club recorded a 1-0 shutout win against Elche. Muniain scored the first goal for Athletic Club in the 25th minute, and that was all the excitement the two teams could muster In the end, Elche couldn’t muster any offense and Athletic Club ran away with the shutout win. Athletic Club is looking for direction having 3 wins and 4 losses in their last 10 matches, while in their last match, Barcelona recorded a 1-0 shutout win against Huesca. Frenkie de Jong scored the first goal for Barcelona in the 27th minute, and that single goal was all that was necessary as neither team could manage any more scoring In the end, Huesca was frustrated by Barcelona’s defense and couldn’t put any tallies on the board. Barcelona ended the match with the shutout victory. Barcelona should be reasonably happy with their recent performance, earning 18 points in their last 10 matches.

On the 6th of February, Athletic Club hosted Barcelona at the San Mamés Barria in their last match together. Athletic Club won by a score of 1 to 0 in front of just over 49000 fans. Sergio Busquets struck first for Athletic Club on an own goal in the minute of the half’s stoppage time, and with that single goal, the scoring was complete. Neither team could manage anything else In the end, Barcelona couldn’t muster any offence and Athletic Club ran away with the shutout win.

These two teams have not yet played each other this season.

Filip Malbašić and Garrido Moracia are the top scorers for Cádiz in the last five matches, but unfortunately, they only have one goal. It’s hard to imagine having success with those stats. Both Gonçalo Guedes and Carlos Soler have been the hottest scorers for Valencia in the last 5 each having scored 2 goals each.

On Saturday Jan 9th, Osasuna hosts Real Madrid at Estadio El Sadar in a La Liga match. In their last match, Osasuna recorded a 1-1 draw against Real Sociedad. Jonathan Calleri struck first for Osasuna in the 20th minute on a feed from Rubén García, then Barrenetxea tied it up for Real Sociedad in the 46th minute earning them at least the one point. They’re hoping to improve on their recent performance, having earned only 4 points in their last 10 matches, while in Real Madrid’s last match they recorded a 2-0 shutout win against Celta de Vigo. Lucas Vázquez scored the first goal for Real Madrid in the 6th minute, then Asensio added another in the 53rd minute In the end, Celta de Vigo couldn’t muster any offense and Real Madrid ran away with the shutout win. Real Madrid should be reasonably happy with their recent performance, earning 20 points in their last 10 matches.

This will be the first match for these two teams against eachother this season. Last season Real Madrid won the head-to-head battle with 2 wins.

Real Madrid is fortunate enough to have Karim Benzema in top form. In the last five matches, the attacker has scored 4 goals. For Osasuna, their top scorers are Kike Barja and Roberto Torres, each having 2 goals in their last five matches.

On Sat Jan 9th, in week 18, Sevilla will host Real Sociedad at Estadio Ramón Sánchez Pizjuán in a meeting of these two La Liga teams. In Sevilla’s last match they recorded a 1-1 draw against Real Betis. Suso struck first for Sevilla in the 48th minute, then Canales tied it up for Real Betis in the 51st minute earning Real Betis a comeback draw. With 20 points in their last 10 matches Sevilla should be reasonably happy with their performance, while in their last match, Real Sociedad recorded a 1-1 draw against Osasuna. Jonathan Calleri struck first for Osasuna in the 20th minute, then in the 46th minute, Willian José sent in a beautiful pass which was converted by Barrenetxea earning Real Sociedad a comeback draw. Real Sociedad is looking for direction having 4 wins and 3 losses in their last 10 matches.

This match will be the first time these two teams face eachother this season. Last season Sevilla won the head-to-head battle with 1 win and 1 draw.

Willian José and Alexander Isak are the top scorers for Real Sociedad in the last 5 matches, but unfortunately they only have one goal. It’s hard to imagine having success with those stats. Sevilla is lucky enough to have a few offensive weapons, with Lucas Ocampos and Suso each having 2 goals in their last five.

When Will Crowds get the Green Light to Return?