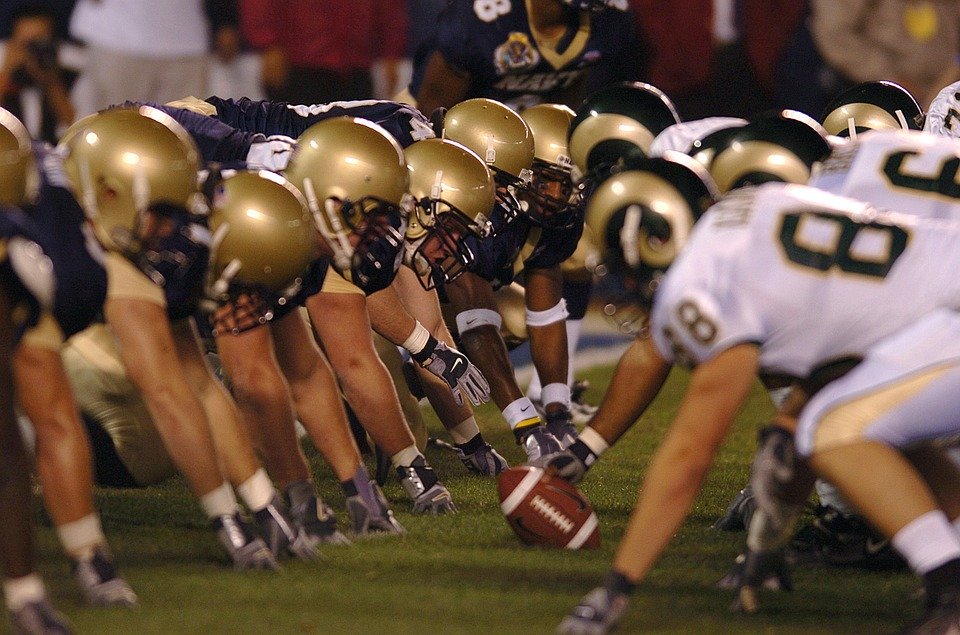 Many football fans expected that the 2020 NFL opening games would come out like last year. However, after settling a few days ago, the scene turned out different. Although the Chiefs managed to win over the Texans, some of this year’s biggest underdogs dazzled impressively, proving that they should not be undervalued.

Because of what transpired in the Week 1 Playoffs, the odds and lines of every NFL team have changed drastically. The current ranking in the Points Spread betting is now up for the punters to identify which group they can pick in Week 1. Remember that the odds ranking is the only basis to predict which football team can win the 2020 NFL campaign.

The Point Spread is one of the most popular football betting games you can play in the NFL. The oddsmaker sets a value between two teams by identifying the favorite and the underdog. Hence, before the Week 2 Playoffs begin, let’s see the latest odds ranking of the best teams you can wager in the NFL football point spreads.

After a huge blowout opening game, the Baltimore Ravens took the top spot in today’s NFL Point Spread rankings. They dispatched the Cleveland Browns, tallying a final score of 38 over 6. Because of that, the Ravens are the huge favorites in the NFL betting and are seen to dominate the upcoming playoffs.

The Super Bowl LIV champs, Kansas City Chiefs, opened the 2020 NFL season with a highly anticipated game against the Houston Texans. They never failed their fans after ending the match in a 34 – 20 game run. They sit a step behind the Ravens in the current Point Spread odds ranking and are a favorite for the Super Bowl LV quest.

The New Orleans Saints were considered as one of the underdogs this year. The NFC South has to showcase their best as this year’s host, with the Bucs hyped to represent the said division. However, during the opening game, the Bucs were upset after the Saints smashed them in a 34-23 run, occupying the third spot in the odds ranking.

Although the Atlanta Falcons had lost to the Seahawks during the opening game, they are still topping the chart for the Points Spread ranking. The Seahawks dominated the game, scoring 38 over 25. If Matt Ryan can work excellently with other key players, the Falcons are indeed a good bet you can pick in the Week 2 Point Spread betting games.

For many years, the Tennessee Titans are considered as the NFL dark horse. Last year, they proved how dangerous they are as a sleeper after taking the Wildcard Rounds against the biggest underdog, the Pats. Today, they are also one of the highly chosen teams to bet for the Points Spread.

The San Francisco 49ers were last year’s Super Bowl runner-up. Today, they are taking the underdog vote in the NFC West. During the opening day, the Niners’ struggled a lot as they faced the Cardinals, which they lost to a  24-20 game run. Although their first game was unsuccessful, their odds are still on a superior rank to wager in the Points Spread.

The Dallas Cowboys made their efforts to dominate the NFC East games, but their hopes were crushed by the Los Angeles Rams defeating them in a 20-17 game run. Despite a disappointing outcome, there is no doubt that Dak Prescott will make a comeback for the teams. Thus, their odds are still looking great for the Points Spread betting.

Taking the 8th spot for this year’s Point Spread odds ranking are the Philadelphia Eagles. In Week 1, they lost to the Washington Redskins in a  27-17 game run. The Eagles might have started the season in the wrong position, that doesn’t mean they should be undervalued.

The Bills are making a scene in today’s NFL season after missing the league playoffs last year. During the opening match, they faced the New York Jets and tallied a final score of 27 over 17. The Bills are heading to the right track this season, claiming a good rank in the Points Spread betting.

After a series of big player evacuations this year, the Pats had to work double in finding new talents for the team. During the drafting season, they picked Jarrett Stidham as the main quarterback, replacing Tom Brady. With this, the Pats made the right decision after dominating the opening game against the Miami Dolphins in a 21-11  game run.

The NFL Point Spread betting is one of the most gambled categories in a football tournament. It gives good value to earn, so many punters take their time to find the best teams every season. Thus, in the remaining 2020 NFL playoffs schedule, consider the ten teams above as one of them can emerge victorious in the Point Spread betting.

Gambling Strategies: How to Profit from Betting

Serie A Upcoming Fixtures On 24th & 25th of October