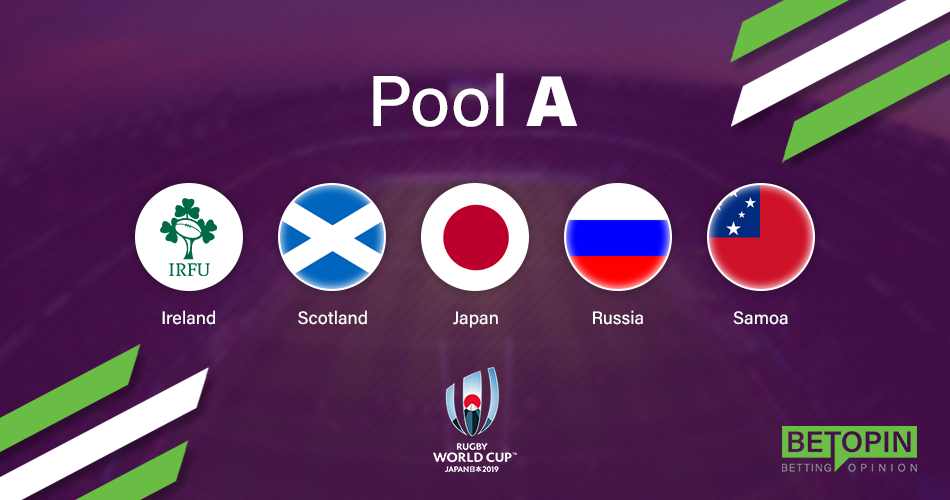 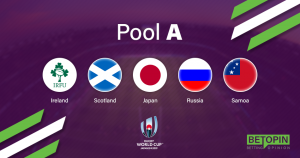 Now in its ninth year, the Rugby World Cup is always a fantastic event for players, fans and spectators. With some of the top teams taking pride of place, there is sure to be plenty of excitement in the air, and even the timidest of punters may be tempted to place a bet! Pool A is made up of some super impressive teams, and we have all the information you need to make the best decisions and boost your chances of a win.

With some of the major names in the game taking centre stage in Pool A, here are how the teams stacked up in years gone by.

There is no secret about the fact that Ireland are firm favourites as they head into the 2019 tournament, and this is a side who continue to impress time and again. They may have had a dip in their 2018 performance, but all signs point to them being firmly back on form and ready to face the world in Japan.

Schmidt is a coach who has expected and received quality from his team, and was the force behind the first Irish win over the All Blacks in 2016, as well as an impressive 2018 Six Nations Grand Slam. he has also coached Leinster to victory on two occasions and was present when Clermont bagged the 2010 Top 14 title.

With 121 Ireland caps to his name, Best is not a man to be easily intimidated, and this is essential if Ireland are to keep their cool and land a spot in the final.

When it comes to World Cup victory, Ireland are a perpetual case of always the bridesmaid, never the bride. They have reached the quarter-finals of the competition almost every year e, and topped their pool in 2011 and 2015.

There are a few key names which crop up time and again when we talk about Ireland, and these are all key figures who have earned their place in the spotlight. Conor Murray and Jonathan Sexton form a formidable half-back pairing, and the inclusion of Tadhg Furlong is a must-have addition to any scrum.

Ireland have proven they still have what it takes, doing well in the warm-up games, and taking the title of Number 1 in the World Rugby Rankings after their match against Wales on the 7th September. 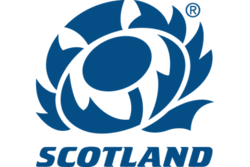 Scotland are a side with a lot to prove, especially following their defeat at the hands of Ireland. We are expecting them to enter this stage of the competition hungry to win, and we are expecting to see them in an exciting knockout tie with New Zealand.

As a former half-fly, Townsend is a coach who knows the game inside out and appreciates that the devil is in the detail. he has been the mastermind behind previous Scottish victories and is sure to have his eye on the prize.

After missing the chance to enjoy the last World Cup due to injury, McInally is sure to want to make up for lost time, and this could give him a valuable competitive edge in the tournament.

Key players to watch are Finn Russell and Stuart Hogg if you are looking for a little excitement, while Darcy Graham is sure to be a solid presence on the win. John Barclay is also a key player – his experience will help to lend a certain gravitas to any game.

Having tasted success in three of their four warm-up games, Scotland will be keen to carry on this winning streak, and this could be the fire they need to succeed. 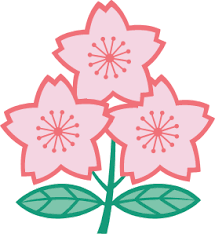 As the hosts of this years competition, Japan will likely be fully aware that the eyes of the world are firmly on them, and this puts huge pressure on them to succeed. Their main coup in previous years was in 2015, and results since then have been sporadic, casting doubt on their ability to take it all the way in 2019.

As a former All Blacks flanker, Joseph is no stranger to the taste of success and is sure to want to replicate this in 2019. with a Super Rugby title under his belt in 2014, he could be a secret weapon.

Japan are under a lot of pressure this year, and will need a cool head to help them achieve a stunning victory. Leitch may be a great player, but whether he can handle the pressure remains to be seen.

There is no denying that Japan are under a lot of pressure as hosts; they have yet to reach the quarter-finals of a Rugby World Cup.

Captain Michael Leitch always brings something special to a match, and Kazuki Himeno and Fumiaki Tanaka are important for a blend of excitement and experience.

Japan has not really offered any huge surprises so far, but with the backing of a home crowd and under conditions they are used to playing in there could be another South Africa shock on the cards 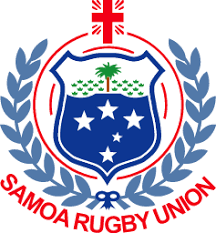 It wouldn’t be a Rugby World Cup without Samoa, but the team have found 2019 tough as they failed to automatically qualify for a place. They tasted success against Germany after a defeat at the hands of Tonga and Fiji, but will have to keep the momentum high to be in with a chance of winning here.

Jackson describes himself as a ‘players coach’ and is a big advocate of building connections within the squad as a method to victory. Whether it serves him well in this years World Cup remains to be seen!

With 12 caps to his name, Vui also has the reputation of the youngest world rugby captain, having taken charge of the team in 2017. Samoa will be relying on him to pull them out of their recent slump, and it remains to be seen whether he can rise to the challenge.

Samoa have previously reached the quarter finals in 1991 and 1995.

Jack Lam and Piula Faasalele are the two central players to Samoa’s defence, and the best chance at victory comes from them and captain Chris Vui.

With a defeat at the hands of Australia, the Samoa team were probably hoping for more success in the warm-up games,and they will need to kick things up a notch if they have any chance of succeeding. 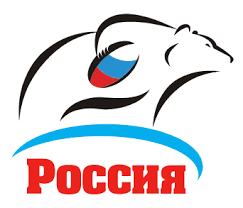 As the wild card of Pool A, Russia have a lot to prove to show the world that they have earned their spot. They may have made into the group predominantly on luck, but staying there and tasting victory is going to take serious skill and a ton of hard work!

Having only taken over in August 2018, Jones has had little time to bond with the team or make any major changes, and this could be the downfall of the Russian side…

With an impressive 87 caps under his belt, Artemyev is one of the remaining 8 players to survive from Russia’s very first World Cup appearance in 2011. Russia are very much the underdogs in this years contest, so he is sure to have his work cut out for him.

As newbies to the competition, Russia have a lot to prove in any Rugby World Cup, and do not have a history of victory.

Yuri Kushnarev and Vasily Artemyev are the players we can expect to hear a lot from; they have the skills and experience to help Russia stand out.

Having won only one of their warm up games, it sadly seems likely that Russia have started as they mean to go on.

When it comes to the top picks in Pool A, it seems clear that Ireland will come out on top with the hosts Japan likely to cause a bit of a shock and take the second spot.

Catch up on all of Pool Bs action click here

Catch up on all of Pool Cs action click here

Catch up on all of Pool Ds action click here