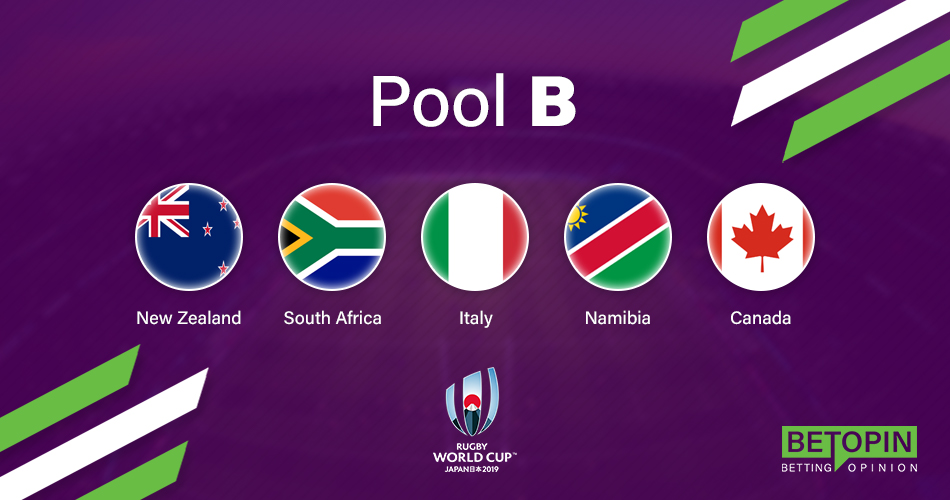 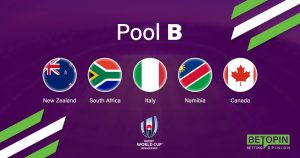 When it comes to the Rugby World Cup, there can only be one winner – on the field at least! The excitement and tension of a major international competition are enough to bring out the inner gambling fan in all of us, and you may be tempted to have a flutter on your favourite player or put money on a solid hunch. To help you out, we have the ultimate Pool B preview, which tells you who to watch and where to bet – this could be your chance to win!

So just how have the previous years treated our Pool B contenders? We did our research to bring you the top stats.

As the winners of the previous two World Cups, New Zealand are heading into the competition with a serious advantage, and a more than quiet confidence that they will make it a hattrick with a third victory. As we have seen in the past however, this is a sport where anything can happen, and they will need quick wits if they find themselves pitted against Ireland.

Now in his seventeenth year of Test coaching, Hansen is a serious force to be reckoned with and boasts four World Rugby Coach of the Year gongs, as well as an impressive 90% win ratio, and a 2015 win under his belt.

Captaining a team who are expected to do great things is a huge honour, but the pressure may also prove too much. Read himself has a formidable reputation as a great defensive player, and is sure to inspire his players.

As you may expect, New Zealand are a team brimming with talent, and there are a lot of important names to consider. Beauden Barrett and Ben Smith form a formidable back-line, while Kieran Read and Brodie Retallick create a super-strong front.

New Zealand may have had a shock in the recent warm-up matches, having lost their top spot title to Wales, followed by Ireland. They will be keen to make this up in the real thing, and this may give a valuable edge! 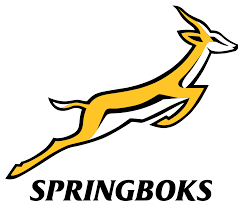 The 2015 World Cup is still a sore sport for South Africa, and their crushing defeat at the hands of Japan is sure to be revisited given that their old enemies are this year’s hosts. As the winners of the 2019 Rugby Championship, however, it seems that they could be back to their best game, and ready to settle old scores!

Formerly a Munster man, Erasmus is the force in charge for the next two Rugby World Cups and will have all eyes on him as he battles for victory…

Having overcome injury and fitness battles, Kolisi is sure to have that fighting spirit which could be the secret to South Africa’s success this year.

The captain is sure to be a key figure in this tournament, especially when combined with Malcolm Marx, and these are just two of the players to watch.

The match on August 17th acted as the international debut for South African player Siyabonga Ntubeni, and things started well with a win against Argentina. This is a winning streak they are sure to want to maintain! 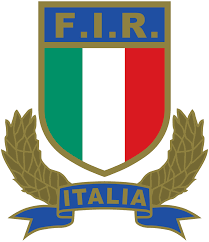 If Italy progress to a decent stage in this year’s World Cup, they will be a legend and a lesson to all other players and cynics! Pitted against a tough set of players, this is a pool which could easily drag them down, and nobody is expecting anything too spectacular.

Having defected from the Quins in 2016, O’Shea will have his work cut out trying to drive the Italian side to victory given their fierce competition.

Parisse will take his place as captain for the Italian side, and this will make him the third player to feature in a total of 5 Rugby World Cups. The appearance will also nab him his 141st cap, and he is a leader who is not to be underestimated despite Italy’s dismal outlook in this year’s tournament.

Italy do not have a particularly strong history in the competition and have failed to reach the quarter-finals during any year of the contest. They have finished third in their pool in every tournament apart from their worst year – 1999.

Sergio Parisse is the main player to keep an eye on, and the most likely candidate for any excitement or action.

Italy showed promise in their match against Russia, but sadly this seemed to be short-lived, and they will need to up their game to have a chance in the big matches. 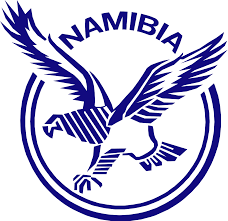 Like Italy, Namibia have found themselves as part of a very tough group, and this could be a huge factor is they crash out early this year. They have also lost the majority of their household names, and fans, in general, lack high hopes. It is worth noting however that they won the Rugby Africa Gold Cup, and it may be too early to count them out altogether!

Formerly a Wales native, Davies has a history of quiet success, having kept Nambia firmly in control of the Africa Gold Cup for the last three years. he is likely to want to add a World Cup to the collection sooner rather than later!

Deysel was a surprising choice to captain the Namibian side, but in a team which has had its fair share of shakeups in recent months, there is a real sense that anything could happen here!

Despite having qualified for the competition successfully every year since 1999, Namibia have always failed to make it to the quarter-final stage, and this year is unlikely to be a huge shock.

Jacques Burger was the major name in the lineup, but his retirement has meant that the spotlight now falls to captain Johan Deysal, and Tjiuee Uanivi, a champion from the 2015 Rugby World Cup.

Namibia enjoyed a strong run during the warm-up matches and performed better than previously anticipated. 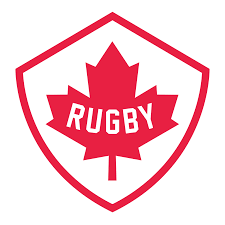 A last-minute addition, Canada will be hoping to rewrite history and overcome their dismal reputation when it comes to the Rugby World Cup. Their last appearance in 2015 saw them lose al four of their matches, and the tough competition this year means they will have to seriously fight to change their fortunes in 2019.

Jones is a coach who has yet to impress as yet, and has had a fairly unimpressive and disappointing reign thus far.

The 2019 tournament marks Ardron’s second attempt to captain the side, following an injury-riddled disappointment back in 2015. Canada will be heavily leaning on him to lead the team back to their former success after a noticeable decline in quality over the last few years.

Apart from reaching the quarterfinals in 1991, Canada have a fairly unimpressive history in the tournament, and this is the furthest they have ever reached.

Canada offers an experienced squad, and names such as Tyler Ardron are serious contenders for the key players this year. This may help their chances of success.

Canada struggled in the warm-up matches, and there is a risk that this will seriously knock their confidence going forward.

It is pretty clear that there is a major winner in this category: the All Blacks will have to do something pretty drastic to risk being knocked off the top spot! South Africa may be strong runner’s up, but it seems clear that New Zealand has the highest chance of adding another victory to their long list.

Can anyone from Pool A stop the mighty All Blacks?

Catch up on all of Poll As action click here

Catch up on all of Poll Cs action click here

Catch up on all of Pool Ds action click here