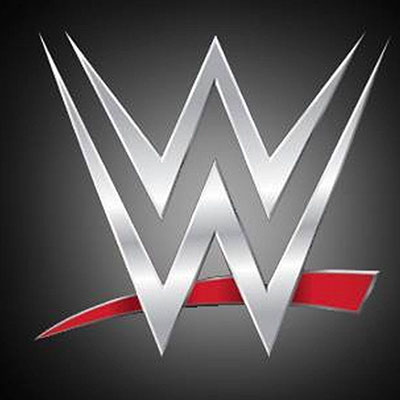 The World Wrestling Entertainment, commonly referred to as WWE or pro wrestling, is a wrestling promotion that was established by Toots Mondt and Jess McMahon in 1952. Today, WWE is the largest professional wrestling promotion in the world and features more than 500 different events a year.

Statistics show that wrestling attracts more 800 million households all over the world. All WWE matches are well-scripted and centre on recurring characters that rise and fall as champions depending on the season. Wrestlers win their matches by pinning their opponents on the mat for a count of three from the match referee.

Even though all the shows are well-scripted with predetermined outcomes; being able to identify patterns and predict possible outcomes correctly could make you some money from betting.

Betopin provides you with all the information and tips you need to know to bet wisely on your favourite WWE stars. Our experts comb through a wide range of credible pro wrestling news sites that report major backstage happenings and storylines to help you make informed decisions.

Check out our guide on how to get started with WWE Betting.

100% Match Bonus up to €/£100
T&C’s Apply
#ad
Claim Offer
Jetbull Review
To qualify for this bonus your deposit must be equal to, or greater than, €10, or your account currency equivalent of €10. Only bets with odds 1.7 or higher are permitted while betting to meet the wagering requirement. When placing bets with the bonus funds, only up to a maximum of €50 (or your account currency equivalent of €50) will count towards the wagering requirement per bet. The following betting types are excluded from bets placed with bonus funds: Horse Racing, Greyhounds & Outrights.
4.7

Sign up Now to Get a Free £/€10 Bet
T&C’s Apply
#ad
Claim Offer
Smarkets Review
You must sign up to receive the free bet and it expires if not used within 14 days.
4.7

€200 Welcome Bonus
T&C’s Apply
#ad
Claim Offer
TornadoBet Review
Players need to wager the deposited amount before receiving the bonus. Each bonus needs to be requested in the player’s account menu within 7 days after making the qualifying deposit. The bonus and deposit amounts must be wagered at least 10 times before making a withdrawal.
4.8

If you did not know that you can bet on WWE, you would be surprised even more to learn that at Betopin, we have come up with a clear strategy that can help you turn fun into a profitable venture.

At Betopin, we believe that at its core, smart and sharp WWE betting is all about analysing situations and trying to figure out what the scriptwriters want to happen next. Our experts are here to do all that research and analysis on your behalf.

We understand the fact that the outcome of any WWE match is predetermined and athletes are not actually competing against each other. Therefore, instead of focusing on the history of athletes, we focus on the history of writing decisions and apply the findings to the current situations.

Our team of experts carefully evaluates what writers have done in the past seasons, how they have treated certain wrestlers and the surprises that they have caused. With these facts, we can establish a clear script-writing pattern that will increase your chances of winning your bet on WWE superstars.

The big four pay-per-view events in the WWE calendar are quite iconic, and even non-wrestling fans can easily recognise them if they heard their names. Talk of WrestleMania, SummerSlam, Royal Rumble, or Survivor Series and even a 5-year old kid will have something to contribute. 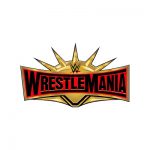 WrestleMania is considered the biggest event in the WWE calendar that bring together superstars from Monday Raw and Smackdown to battle it out for various titles. Just like any other WWE event, WrestleMania features high octane matches with preordained outcomes. The event also serves as a springboard for the future.

The first WrestleMania was held in 1985 after Vince McMahon replaced his father as the head of WWE. The WrestleMania formula centres on long-simmering feuds punctuated by exciting moments and satisfying payoffs.
The first WrestleMania attracted a crowd of approximately 93,000 people with the likes of Hulk Hogan helping to bring the event into the limelight. Over the years, the event has evolved greatly, and it now incorporates many elements of reality to improve the overall experience for the fans.

Some of the greatest matches in the history of this event include The Undertaker vs Shawn Michaels at WrestleMania 25 in 2009, Stone Cold Steve Austin vs Bret Hart in a submission match at WrestleMania 13 in 1997, and Macho Man Randy Savage vs Ricky Steamboat at WrestleMania 3 in 1987.

Betting for TV events such as  WrestleMania matches is now wildly available, and all you have to do is to identify your favourite superstars and know where to put your money.

The Royal Rumble is one of the most iconic WWE events in the WWE Calendar. The event features a wide range of title matches and one Royal Rumble match that is based on a classic battle royal match.

The first Royal Rumble match happened in 1988, and the winner was Hacksaw Jim Duggan who eliminated One Man Gang to win the match. The Royal Rumble match is a multi-person battle where the primary objective of every participant is to be the last man standing in the ring.

Elimination occurs by throwing your opponents over the top rope and making sure that both of their feet hit the floor. The first-ever women’s Royal Rumble match happened in 2018 and Asuka ended up being the winner.

In 2019, Seth Rollins won the men’s match while Becky Lynch took the place of injured Lana in the women’s Royal Rumble match.

Betting is available on all Royal Rumble matches, and you can always place your bet on your favourite superstar that you think will win the big match.

Many people consider SummerSlam as the second most iconic pay-per-view event in WWE’s calendar just behind WrestleMania. However, unlike the Royal Rumble and Survivor Series, SummerSlam does not feature any special gimmick matches that help it to stand out from the other main events.

The first-ever SummerSlam event took place in 1988, and the event has provided some of the biggest moments in WWE history. Over the years, this event has been used as a way to help young upcoming talents make a name for themselves. It also offers legends from the past an opportunity to come back to the ring and entertain people.

Although it may not be as big as WrestleMania, wrestlers understand the fact that being featured in a match on the SummerSlam can change one’s career forever.

Some of the biggest matches in SummerSlam history include Bret Hart vs British Bulldog in 1992, Triple H vs the Rock in 1998, Kurt Angle vs Brock Lesnar in 2003 and the most recent one was the dramatic match between John Cena and Brock Lesnar in 2016. Various sportsbooks offer betting on all SummerSlam matches. 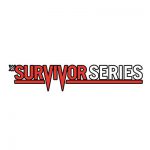 The WWE was also looking for ways of capitalising on the big-time feud that existed between Andre the Giant and Hulk Hogan. The two had wrestled each other in that year’s WrestleMania, but had not settled their scores. The Survivor Series is usually characterised by four on four or even five on five tag-team matches.

Some of the big matches set to take place in this year’s edition include Daniel Bryan facing off Seth Rollins and Adam Cole going head-to-head with Finn Balor. You can also bet on all the Survivor Series matches to earn some money.

WWE is a relatively small betting market, so you should not expect a lot out of it. However, it does not mean that there is a shortage of exciting betting markets for you to take a punt on. Here are some of the WWE betting markets that you can bet on to make some money.

This is perhaps the most common type of WWE betting market. In a straight bet, you only need to select the match winner and you are done. For instance, if John Cena is fighting Brock Lesnar, all you have to do is to pick who you think will emerge as the winner of the match. To place a bet on this market, visit Bet365 for all the latest odds.

First to Be Eliminated

This WWE betting market is only available for multi-person events such as the Royal Rumble. In this case, you are wagering on a wrestler you think will be eliminated first from the match. You need to weigh each wrestler’s chances before you make up your mind. To place a bet on this market, visit 22bet for all the latest odds.

The bout outcome market may be a little bit tricky because you have to bet on how a particular event will end and not who will win it. In this case, you need to gather a lot of information and have in-depth knowledge of wrestling to make a decent prediction. To place a bet on this market, visit betway for all the latest odds.

We cannot deny the fact that watching wrestling is fun. But, did you know that this is the primary reason why you should be betting on WWE in the first place? Well, betting on your favourite WWE superstar and winning some money when he/she beats the opponent can be exciting.

Furthermore, there is limited risk in betting on WWE since sportsbooks tend to limit the amount of action they are willing to take on any WWE event. This also means that the amount of money you can lose is limited.
Although the WWE betting market is largely unexploited, Betopin is here to ensure that you get a chance to bet on your favourite WWE superstars and win money.

Our experts spend a lot of time following WWE storylines and the history of scripts to ensure that your chances of winning are much better. If you have not started betting on WWE main events, then you should start doing so right away.