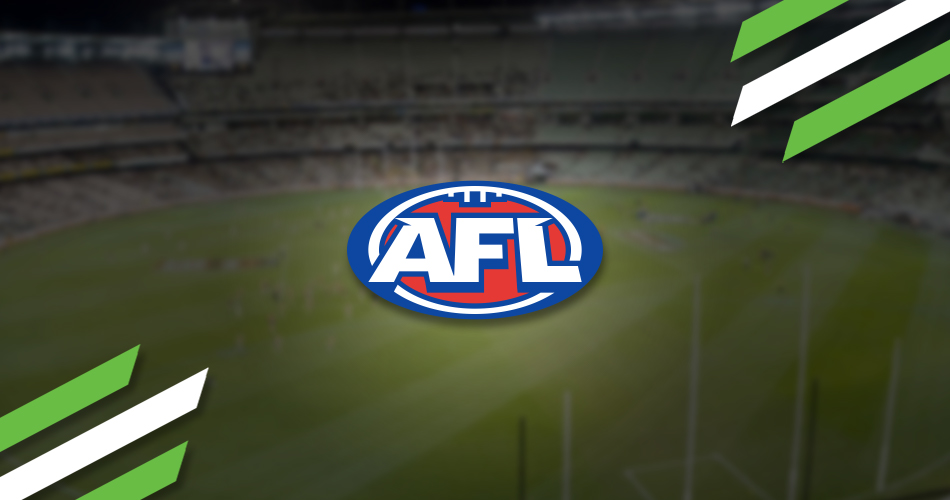 Australian Rules football, or simply called Aussie rules, is a sport that originated in Melbourne, Australia in 1858. Australian Rules has a proud history with the Melbourne Football Club publishing the first laws of the game in May 1859, making it the oldest of the world’s major football codes.

The Australian Football League (AFL) is the premier competition in Australian rules, consisting of 18 teams spread over five of Australia’s six states. The regular season begins in March and features 23 rounds before the top eight teams contest the finals series, culminating in October in the AFL Grand Final at Melbourne Cricket Ground.

The AFL has the highest spectator attendance and television viewership of all sports in Australia. The AFL Grand Final is the highest attended club championship event in the world.

0% Commission Up To €/£500 on the Exchange
T&C’s Apply
#ad
Claim Offer
Betfair Exchange Review
Applies to Betfair Exchange bets & any commission paid within the first 30 days. Refunds occur every Wednesday based upon the activity carried out during the 7 days prior. 2% rate will apply after the promotional period & is offered through the Betfair Rewards Basic package. T&Cs.
4.7

Betdaq Bet £/€10 Get £/€10
T&C’s Apply
#ad
Claim Offer
Betdaq Review
18+ only. Min £/€10 exchange or sportsbook bet at odds 2.0 or greater within 14 days of acc reg. Free bet valid on exchange for 7 days. Stake not returned. Depositing directly via bank card. No cashout. New customers only. The free bet will be credited within 72 hours to your account once the staking requirement has been met. T&Cs Apply.
4.9

£50 Welcome Offer
T&C’s Apply
#ad
Claim Offer
Bethard Review
To be eligible for the bonus, you need to deposit £20. There are no wagering requirements attached to this bonus. Essentially, you are working through the wagering requirements before you get the bonus. Once it is credited to your account, it is yours and can be withdrawn immediately.
4.7

€/£50 Sports Bonus
T&C’s Apply
#ad
Claim Offer
Betathome Review
The bonus code “FIRST” must be entered in the betting account under “Redeem bonus” within 10 days of the first deposit. After this time period, the customer is no longer able to claim the bonus. The maximum bonus amount is 50.00 EUR. Customers who deposit more than 100.00 EUR will get 50.00 EUR as a bonus from bet-at-home.com.
4.8

Bet €/£10 & Get €/£ 50 in Free Bets
T&C’s Apply
#ad
Claim Offer
Bet365 Review
Each bet must contain odds of 1/5 or greater. If you have a live bet on and if you partly cash out, then only the remaining stake will count toward the bonus bet. Your bonus bet cannot be used on the following, Casino, Games, Poker, Vegas or bingo. Bonus bet Credits also cannot be used on the likes of, Tote Pool bets or any other.

The Victorian Football Association (VFA) was established in 1877 before a split in the game saw six of the strongest clubs – Collingwood, Essendon, Fitzroy, Geelong, Melbourne and South Melbourne – break away from the VFA. They invited Carlton and St Kilda to participate in the inaugural Victorian Football League (VFL) season in 1897.

The VFL’s inaugural season made changes to the competition structure, namely including an annual finals tournament and establishing the modern scoring system where six points are awarded for a goal and one point for a behind.

In 1908 the VFL expanded to ten teams with the addition of Richmond and University Football Clubs. University was a disaster, finishing last in each season from 1911-14 and losing 51 consecutive matches in a row, forcing them to withdraw from the VFL at the end of 1914.

Footscray were the premiers of the VFA in 1924 and defeated VFL premiers Essendon in the Championship of Victoria. As a result, Footscray, Hawthorn and North Melbourne gained entry into the VFL from the VFA in 1925.

Melbourne was dominant during the 1950s and early 1960s under legendary coach Norm Smith and influential midfielder Ron Barassi. The Demons qualified for seven consecutive grand finals between 1954 and 1960, winning five premierships including three in a row from 1955 to 1957.

The 1980s saw the structure of Australian football change around the country. The VFL was the most dominant state league and used their financial power to recruit top interstate players. Some of Victoria’s weaker clubs struggled to survive, with the South Melbourne Swans becoming the first VFL club to relocate interstate.

South Melbourne renamed themselves the Sydney Swans in 1983 and became a successful team due to the private ownership of wealthy Dr Geoffrey Edelsten.

The West Coast Eagles won the AFL Grand Final in 1992 to become the first non-Victorian team to win an AFL premiership. The Adelaide Crows joined the AFL in 1991 and in 1994 the Fremantle Football Club was formed in Western Australia, joining the AFL in 1995.

Port Adelaide were awarded an AFL licence in 1994 but had to wait until Victorian team folded or merged. Fitzroy merged with Brisbane to form the Brisbane Lions at the end of 1996 which allowed Port Adelaide to enter the AFL for the 1997 season.

The 1990s saw many Melbourne-based teams move from smaller suburban venues to the larger MCG and Waverley Park. As such, the last matches were played at Windy Hill (Essendon), Moorabbin Oval (St Kilda), Western Oval (Footscray) and Victoria Park (Collingwood) with Princes Park abandoned by Hawthorn and then Carlton in 2005.

The AFL sold Waverley Park stadium in 1999 which facilitated the construction of a new stadium at Melbourne’s Docklands.

The AFL continued to expand with the introduction of the Gold Coast Suns in 2011 and Greater Western Sydney Giants in 2012. The first AFL match for premiership points was played in Shanghai, China on the 14th of May 2017 with Port Adelaide defeating the Gold Coast by 72 points.

A goal, worth 6 points, is scored when the football is propelled through the goal posts at any height (including above the height of the posts) by way of a kick from the attacking team. It may go through “on the full “without touching the ground or bounce through, but must not have been touched, on the way, by any player from either team or a goalpost. A goal cannot be scored from the foot of an opposition (defending) player.

A behind, worth 1 point, is scored when the ball passes between a goal post and a behind post at any height, or if the ball hits a goal post, or if any player sends the ball between the goal posts by touching it with any part of the body other than a foot. A behind is also awarded to the attacking team if the ball touches any part of an opposition player, including a foot, before passing between the goal posts. When an opposition player deliberately scores a behind for the attacking team (generally as a last resort to ensure that a goal is not scored) this is termed a rushed behind. As of the 2009 AFL season, a free kick is awarded against any player who deliberately rushes a behind.

The goal umpire signals a goal with two hands pointed forward at elbow height, or a behind with one hand. The goal umpire then waves flags above their heads to communicate this information to the goal umpire at the opposite end of the ground.

How the 2018 Championship was won

Geelong and Sydney were eliminated in week one of the finals with Hawthorn and GWS Giants falling in week two. In the preliminary final stage Collingwood defeated Richmond 97-58 and West Coast defeated Melbourne 121-55.

In the AFL Grand Final in front of 100,022 spectators at the MCG, West Coast produced a big comeback after Collingwood kicked the opening five goals to open up a 29-point lead late in the first quarter.

The Eagles held on for a thrilling 11.13 (79) to 11.8 (74) victory, Luke Shuey the Norm Smith medalist as West Coast claimed their fourth premiership. 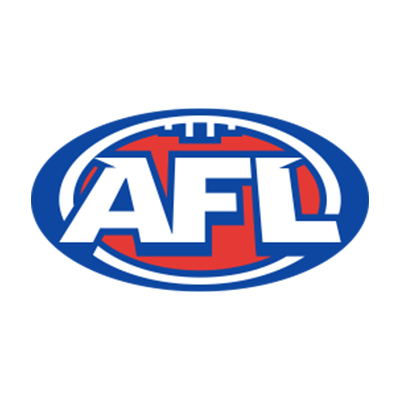 Geelong are the early favourites in the betting to land the 2019 AFL Grand Final closely followed by Collingwood, West Coast and Melbourne.

Essendon, Greater Western Sydney, Richmond, Adelaide and the Sydney Swans are next in the betting market and all have some chance.

Latest odds for the Regular Season and Grand Final Betting

There are more than 100 different ways to bet on a game of Australian Rules. In the 2017 season there were only three draws in 198 games so it’s needless to say that betting on a draw is not the best option. Here are some of the most common types of Ozie Rules betting markets.

Now, you can bypass traditional bookmakers and choose betting exchanges instead, where you can play against other gamblers. These exchanges match you with opponents who prefer to back outcomes of Australian Rules matches that differ from their predictions.

Click here for the best Betdaq review and offers.

Traditional sportsbooks have no end of options when it comes to Australian Rules betting. Our reviewed sportsbooks are all well in touch with the Ozie Rules world and provide you with all the right betting markets that you come to expect when betting with a trusted sportsbook.

Click here for the best 888sports review and odds.

There are two main kinds of spread betting: sports spread betting and financial. While there isn’t a whole lot to choose from, we’ve still scoured the internet to bring you the best platforms around.

With this type of wagering, instead of betting on a straight forward outcome of win or lose on an Australian Rules match, punters can place wagers on a range of possibilities, like the winning margin, how many goals will be scored and so on. The range of betting opportunities is endless.

In other words, you bet against a spread that covers an outcome. There are two prices involved: a buy price and a sale price. It’s up to you to judge what you think a final outcome will be and then buy if you think the prediction is too low or sell if you feel it’s too high.

Click here to find out why Spread Betting is becoming so popular.

Simply select which team you think will win the game, then sit back, relax and enjoy the game.

The bookmaker will set a total number of combined points to be scored in the match, you select if the total will go over or under that number.

No matter if you are from the land down under or anywhere in the world, our Betopin betting experts have all angles covered when it comes to the best betting sites to utilize our top-class Australian Rules betting tips.