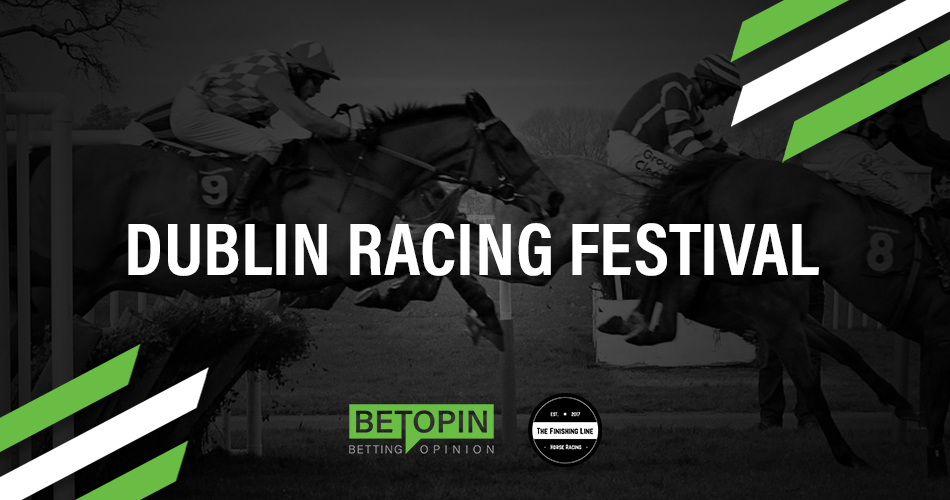 I can’t quite believe that I’m putting up a horse who I think has done everything wrong in his two hurdle races to date at a price of 4/7 but Aspire Tower looks a complete freak and a freak who has loads of ability. He has pulled very hard in his two runs over hurdles but jumps very well and has a serious engine. He’s going to take a lot of beating.

His biggest danger is probably Cerberus who has won two races in Ireland this season before being put in his place by top UK Triumph hope Allmankind at Chepstow. He’s likely to find Aspire Tower too good here.
Wolf Prince is third in the betting and was beaten 18 lengths by Aspire Tower so that gives you a glimpse at the opposition.

The angle might be to back Aspire Tower for the Triumph Hurdle at 5/1 before the race as he will surely shorten if he wins as expected.

It’s a shame that one of the favourites for the Supreme Abacadabras doesn’t turn up here but it is still a very good race.

My selection would be the impressive Naas winner Asterion Forlonge. The Willie Mullins trained French import bolted up that day in a maiden hurdle beating the promising Pencilfulloflead by 10 lengths. He is unbeaten in all of his three career starts and has the world at his feet currently. He is also likely to be overlooked in the market with preference for Easywork and Mt Leinster.

Mt Leinster finally got his head back in front, seven runs after his debut victory. He’s always had ability but has been very keen in his races and still need to settle better now contesting grade 1 races.

There’s not much between Mt Leinster and Easywork on their Gowran run and the latter was very impressive when beating another Willie Mullins trained horse Unexpected at Limerick over Christmas. Take note of how Unexpected gets on in the handicap hurdle here on Saturday.

Blue Sari stopped very quickly last time out in a grade 1 at Leopardstown and while he has loads of ability based on his bumper form the jury is out on him until he can prove that was a one off.

Asterion Forlonge can be backed at a best price 9/2 with Bet365.

I was really hoping that the stepped Fakir D’oudairies up in trip and ran him here but he goes for the 2 mile race on Saturday. That leaves 12 year old Faugheen as the most likely winner. He has taken to fences very well and his jumping technique is good. The form of his runs is slightly questionable as Samcro was very disappointing last time but over this trip he’s the most likely winner of this race.

Battleoverdoyen has looked very slow in some of his races and a step up to 3 miles will suit him better in time. He is unbeaten apart from the Ballymore last season where he was beaten after the first and he ran around the last day after the last. He’s clearly very talented but not straight forward so preference is for Faugheen over this trip.
Of the others Tornado Flyer was too bad to be true last time while Easy Game was good but you wouldn’t think he would be in the same league as Faugheen.

Faugheen can be backed at a best price 11/4 with Paddy Power.

The Irish Gold Cup is always a top class race and this years renewal is no different.

Top Cheltenham Gold Cup hope Kemboy is the favourite based on the theory that he will come on for his first run of the season like many of his trainer Willie Mullins’ horse have this season. I think that is factored into his price though so I will be looking to take him on.

Delta Work is probably the obvious one after his victory in the Savills Chase at this course over Christmas. The form of his third place in last seasons RSA at the festival is also working out well and it would be no surprise to see him win.

One that’s hard to get a handle on is Chris’s Dream. He won the Troytown off a mark of 146 very well and deserves his chance in a grade 1.

The selection however is to give one more chance to Presenting Percy. His comeback in the John Durkan was good over an inadequate trip and turning in in the Savills Chase I couldn’t tell if he was going to win or finish last, in the end he did neither and was only beaten 4 lengths.

Presenting Percy can be backed at a best price 9/2 with bet365.